It will be interesting to see what happens now that Rania has left Tabrez’s house. 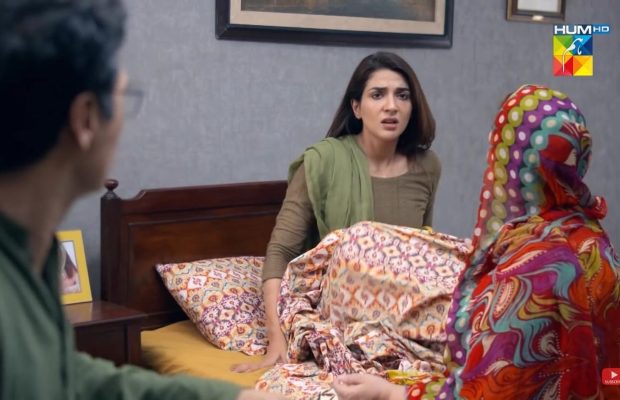 This weeks’ episodes began with Alizay returning home. Tabrez tells his father he will file a police complaint against him and Akbar.

Alizays’s brother regrets how he treated her and asks for her forgiveness. Raniya is upset with Tabrez for choosing Alizay over her and his family. Alizay’s brother stands up for her in front of his wife when she’s holding her responsible for bringing a bad name to the family.

Alizay’s brother finds his wife Sharina searching for taveez in the middle of the night. He decides to take her to a psychiatrist. Alizay spots Rania and Tabrez in the mall which upsets her a lot. Tabrez’s mother asks him to get married to Rania. He tells her she’s just his good friend and he will never put her in Alizay’s place.

On the evening of Tabrez’z nikah with Raniya, she is nowhere to be found. She ends up at Alizay’s sister-in-law’s brother’s engagement ceremony and asks Alizay to save her from Tabrez’z family.

While searching for Raniya, Tabrez ends up at the police station where Ahmar, Sharina’s brother is in charge. He tells Tabrez Raniya is okay.

This week’s Sila-e-Mohabbat was full of dramatic turns and big moments. Noor Hassan and Rabab Hashim were outstanding in their respective parts. The jealousy, the sadness, the angst, the helplessness; both the actors portray each emotion beautifully.

It will be interesting to see what happens now that Rania has left Tabrez’s house. Will Tabrez marry her? Will he be with Alizay? Will Alizay’s sister-in-law mend her ways? To find out, keep watching Sila-e-Mohabbat on weekdays on Hum TV.