Sila-e-Mohabbat last episode review: Tabrez and Alizay end up together

The show came to a satisfying conclusion where every character completed their arc from where they began, giving us a show that will be loved for a long time. 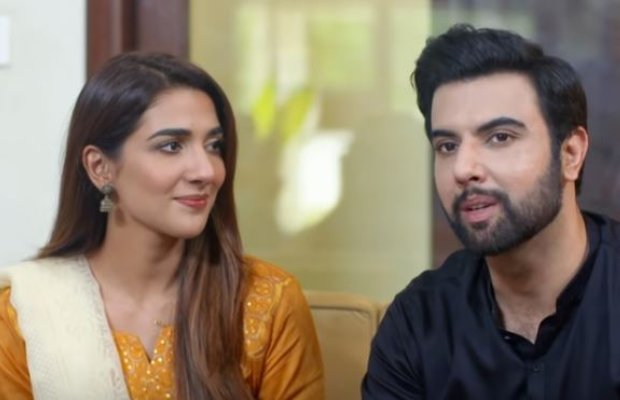 Sila-e-Mohabbat enjoyed a glorious run and there’s no denying it. The show brought in so much drama, emotions, a complex storyline, and some outstanding performances from the lead as well as the supporting cast. Noor Hassan as Tabrez and Rabab Hashim as Alizay were standout performers who carried the show on their backs and added an emotional depth to the show which kept the audiences hooked onto the show during the two months the show was on the air.

This week, Rania (Momina Iqbal) learns the truth about Shahmeer (Agha Mustafa Hassan) and how Raheel (Ali Safina) did what he did to save Alizay (Rabab Hashim) and her honor. She asks for Raheel’s forgiveness for not believing in him. Ahmar was the one who told her the entire truth. She also tells Alizay’s family that Tabrez (Noor Hassan) loves Alizay and the two should be together. Tabrez also tears the divorce papers that Alizay’s lawyer had sent him.

Tabrez asks Ahmar’s (Arsalan Asad Butt) help in catching Akbar. He tells him that he will catch Akbar because he has a warrant against Akbar. He was involved in Rania and Alizay’s kidnapping which in which Alizay’s mother ended up dead. Tabrez then confronts his parents about all of their sins. On the way to look for Akbar, Tabrez meets an accident, but. Akbar is arrested by the police.

Alizay learns of Tabrez’s accident. Shehreena has mended her ways. She asks Alizay to call Tabrez and ask about his health. She calls him and the two try to reconcile.

Rania tells Tabrez’s mother it is her fault Tabrez is alone and unhappy. She tells her to bring Alizay home so the two of them can be happy. Tabrez’s mother calls Alizay’s father to patch things up. She tells him she wants to bring Alizay home but Alizay’s father tells her Alizay doesn’t want that and he won’t force her. Rania talks to Alizay and asks her if she loves Tabrez and she smiles. She breaks the news to Alizay’s family and Tabrez who are happy at the news.

Tabrez and his mother come to take Alizay home. While everyone is gathered, Ahmar’s mother and Shehreena ask for Rania’s hand for Ahmar. By the end, Akbar gets sentenced to life, Alizay and Tabrez start living their lives happily and Ahmad and Rania get married.

The show did a great job of shining a bright light on how men can dishonor women in the name of greed and for their own selfishness. The show came to a satisfying conclusion where every character completed their arc from where they began, giving us a show that will be loved for a long time.