Sinf E Aahan Ep-6 Review: The storyline is getting stronger as girls make it through training sessions

There is entry of new character Captain Osama 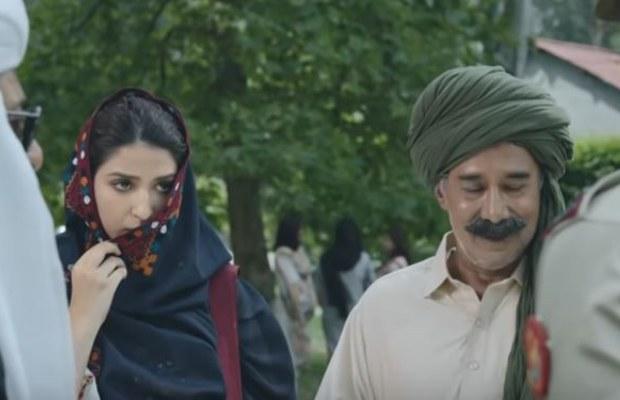 Sinf E Aahan the ISPR production running at ARY Digital is getting stronger. We are absolutely in love with this refreshing serial with an ensemble cast. In the previous episode, it is shown that girls’ selection in the Army is making their families proud. In this episode, the girls’ training session begins at PMA Abbottabad.

The episode begins with the entry of a new character Captain Osama played by none other than Sheharyar Munawar. Captain Osama is going to give training to all these young ladies cadets. He has just done his shift with his wife and little daughter. His wife’s character is played by Sonia Mashal.

One of the most cutest scenes is when Shaista Khanzada catches Mahajabeen with her parents and Shaista’s father talks with Mahajabeen’s father in Pashtu, Shaista gets excited and tries to talk with Mahajabeen in Pashtu but Mahajabeen tells her that she hardly speaks in Urdu she does not know Pashtu. The Srilankan girl Nantmy Perera also arrives at Abbottabad PMA one thing I don’t understand is that with her mother she is speaking Urdu fairly well but when the officer asks her if she can speak Urdu then why she says she cannot speak Urdu?

Arzoo is still stuck within that toxic relationship. Nauraiz has the audacity to hound her at PMA too, asking to send her a selfie when he is himself least interested in marrying her. Arzoo should have given him a befitting shut-up call. There is certainly too much between Mahajabeen, Daniyal, and Rabia but we have not yet known the actual reason for their animosity. Daniyal tells her sister not to bring any rivalry here, she needs to set all her personal rivalry aside before starting the training but it seems that Rabia is not getting slow well one wonders what has actually happened between these two families?

One of the most powerful scenes of this episode is when Captain Osama with the help of his officer solves the matter of Pariwash’s father in the best possible manner, it once again makes us proud of our army. Sardar’s son has also joined PMA and Sardar has seen Pariwash there and his father is really worried, he shares his concerns with Captain Osama who with the help of his officer calls Sardar at his office with a warm welcoming gesture telling him that he has made him proud by sending the first female cadet Pariwash from his area. Sardar’s demeanor changes altogether he starts owning Pariwash and also takes responsibility that he will take care of Jamal and Pariwash’s family in his area. We look forward to the weekend for watching this refreshing serial.

tweet
Share on FacebookShare on TwitterShare on PinterestShare on Reddit
Rameeza NasimJanuary 3, 2022
the authorRameeza Nasim
Rameeza Nasim, a Paralian, passionate about poetry, drama and fiction. By giving drama critiques I feel like I am endorsing the writer's message to the audiences, I love my job. Being a critic responsibility lies on my shoulders to point out the flaws and shortcomings of the play be it on writer's , performers or director's end . I did my Masters in English Literature and Linguistics .
All posts byRameeza Nasim