Sinf e Aahan Episode-16 Review: Girls are back to PMA

This episode is all about Rabia and Mahajabeen's tussel 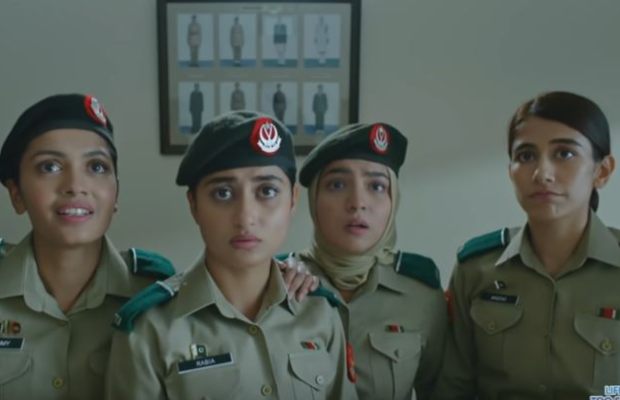 Sinf e Aahan the drama serial airing at ARY Digital is so far one of the most entertaining Weekends Prime Time Watch. With a brilliant ensemble cast and refreshing narrative, we simply love the show. In the previous episode, we saw the girls spending quality time during their mid-session break. In this episode, it is shown that girls are back at PMA.

The episode begins with Mahajabeen and Nasar scene, Mahajabeen has lied with Nasar that Rabia is bipolar. Well, we are wondering what kind of a guy Nasar is? if he really liked Rabia then why he has broken his engagement just on the basis that he hears from her cousin that she is bipolar. Bipolar is a mental disorder but it is not some kind of personality flaw. Nasar breaking his engagement on this basis has made him a weak hero and now since he learns that she is in PMA so he gets to know that Mahajbeen has lied to her.

Girls are back to PMA. We get to see that LC Mahajabeen and LC Rabia will now have to share the room. In this episode, we have seen less of other girls and it’s more focused on Rabia and Mahajabeen’s back story and we get to know the full picture and reason of their animosity. Rabia is miffed by seeing Mahajabeen with Kumail and as revenge, she fixed her brother’s engagement. Mahajabeen really likes Daniyal, well this all sudden engagement scene also seems a bit unreal. Mahajabeen is mad at Rabia so she breaks their friendship.

LC Rabia, LC Nathmy Perera, LC Arzoo, and LC Sidra’s names have been added to the list of girls for the adventure trip. Sidra and Rabia both are really scared except Nathmy who is super excited to attend that event. Arzoo, Sidra, and Rabia have also requested to remove their names from that adventure trip but they all are snubbed for making lame excuses. LC Mahajabeen is teasing Rabia as she knows that she is height phobic. The reason for these adventure trips is to overcome all the phobias. Will the girls make this adventure trip successfully?