The subtlety of the duo's relation is absolutely beautiful 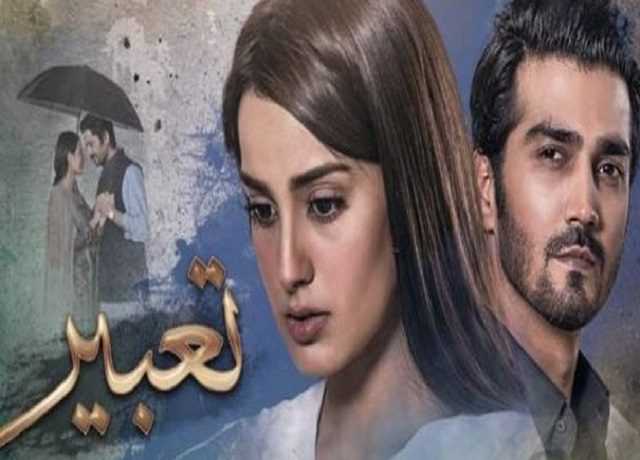 The 18th episode of Tabeer went on air yesterday and wow the story has taken a very interesting turn. Both Tabeer and Fawad have warmed up to each other and perhaps are acting as the cool salve on the burns life gave each one of them. The chemistry between the duo is simply amazing and we love Iqra Aziz and Shehzad Shaikh for delivering convincing performances.

The credit for making Tabeer, a story worth following, goes to the writer Imran Ashraf for penning down such an interesting plot and to the director Ahesun Talish for bringing the story to life with actors who have gotten into the skin of their characters.

Tabeer 18th Episode begins with an air of romance between Fawad and Tabeer which seems really cute. However I wonder where is Fawad’s mother, there seems no one to intervene between the two. It is much relieving to watch Tabeer actually smiling and getting back into the life after such big tragedies. Fawad is too head to toe in love with Tabeer but he yet has to confess. That black and white shirt scene was super cute.

On the other hand the girl Sania who left everything for Fawad has too  started smiling and getting back to the life and it seems that she is been influenced by an admirer of her, an artist she found at the school where she works, well played by the director Ahesun Talish himself.

Fawad and his infatuation with Tabeer is now very obvious, he discusses her with her colleague and I still wonder where is her mother? On the other side Ajju and his brother are planning something really evil. Ajju is threatening and pressurizing his  brother to get him married to Tabeer. Well it just makes me wonder why Rafaqat is getting pressurized, he could have blackmail him as Ajju is responsible for the death of Tabeer’s child. So why is Rafaqat the one who is scared?

Another interesting or you may say the most inspirational part of the play is the character of Khalid  and his rocking solid belief in Allah. Since Khalid is disabled, Fawad is helping him as he undergoes a surgery and hopefully he will walk again.His humble family, his son and his relationship with him is well crafted and make one ponder about the part they’ll be playing in the story.

It seems that Tabeer has made her mind or has accepted Fawad because when Dadi calls her and wishes her to have man just like Fawad in her life, the words make her happy deep inside but apparently she says that she wants to live her life alone.  Ajju’s brother is as evil as him as he is trying to pressurize his wife for Ajju’s proposal. I am afraid Tabeer has to face more trials and hardship because of her greedy and evil relatives. What will happen ? Watch the next episode to know more.

tweet
Share on FacebookShare on TwitterShare on PinterestShare on Reddit
Rameeza NasimJune 21, 2018
the authorRameeza Nasim
Rameeza Nasim, a Paralian, passionate about poetry, drama and fiction. By giving drama critiques I feel like I am endorsing the writer's message to the audiences, I love my job. Being a critic responsibility lies on my shoulders to point out the flaws and shortcomings of the play be it on writer's , performers or director's end . I did my Masters in English Literature and Linguistics .
All posts byRameeza Nasim