Babar badly beats Danish when he sees him with Sitara 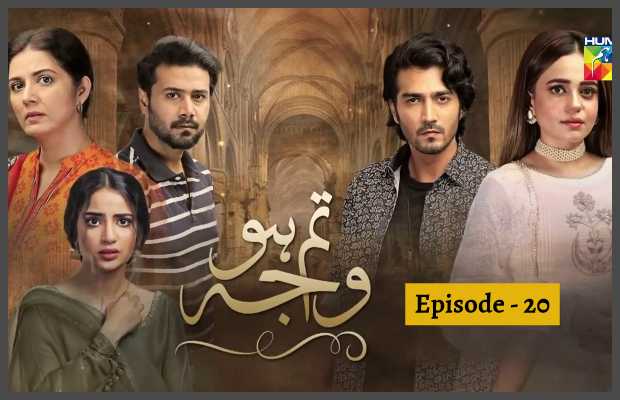 In this episode Babar throws his mother, sister and brother out of the house - OyeYeah Drama Review
0Share
471Views

HUM TV’s drama serial Tum Ho Wajah the drama serial whose theme is to shift the blame on others as the title of the play suggests, aires its another episode. Babar has turned into a very disgusting character, he literally throws his mother, sister, and brother out of the house. The performances were brilliant but as a whole story is very annoying.

The episode begins when Chanda refuses to go with her mother and moreover she is once again blaming her for everything. This blaming directed towards the poor mother seems so annoying. Danish is shown having a talk with Sitara and tells her that he has discussed about their marriage with his father. As they are talking about it,  Babar enters the house and he gets furious after seeing them together and beats the hell out of Danish. On top of that their vile Bhabi is adding more fuel to Babar’s anger by saying that she has often seen them together.

Babar’s wife Sana happens to be a helpless orphan who used to face lots of brutality in her past but the way she is behaving at her in-laws is not gelling well with her character. She is so vile that she spares no moment to defame her mother in law and sister in law in front of her husband. She eavesdrops when Sitara’s mother is telling Sitara that she has met Chanda and also that she is in a very miserable state any orphan girl who would have suffered in her childhood should feel some sympathies for her mother in law and she shares everything she hears with her husband.

Babar is out of his mind when he hears that his mother has met Chanda. He is so mad that he starts misbehaving with his mother and once again that blame game gets started, he starts blaming his mother for all the things even for his own father’s death. When Sitara intervenes and tells him that why he has so many issues with Chanda when he himself married in a similar way he gets mad and tries to slap Sitara when his mother slaps hard on his face, he has lost his mind and he throws his mother, Sitara, and his brother out of the house in the middle of the night.

Poor Sitara with her mother and brother goes at her Chachu’s place, he is so shocked to hear that Babar has thrown them out of the house. Well, it does not make any sense when Sana calls Wajid Sahab and tells him that her husband has thrown his mother, sister, and brother out of the house. The ending scene is when Sitara has gone to his brother’s place where Wajid Sahab is present too and there once again they had a hard talk and Babar is so disgusting that he says that Sitara is dead for him just like Chanda!

tweet
Share on FacebookShare on TwitterShare on PinterestShare on Reddit
Rameeza NasimSeptember 21, 2020
the authorRameeza Nasim
Rameeza Nasim, a Paralian, passionate about poetry, drama and fiction. By giving drama critiques I feel like I am endorsing the writer's message to the audiences, I love my job. Being a critic responsibility lies on my shoulders to point out the flaws and shortcomings of the play be it on writer's , performers or director's end . I did my Masters in English Literature and Linguistics .
All posts byRameeza Nasim