Tum Ho Wajah Episode-4 Review: The true colours of reality unfold before Chanda after getting Nikkahfied! 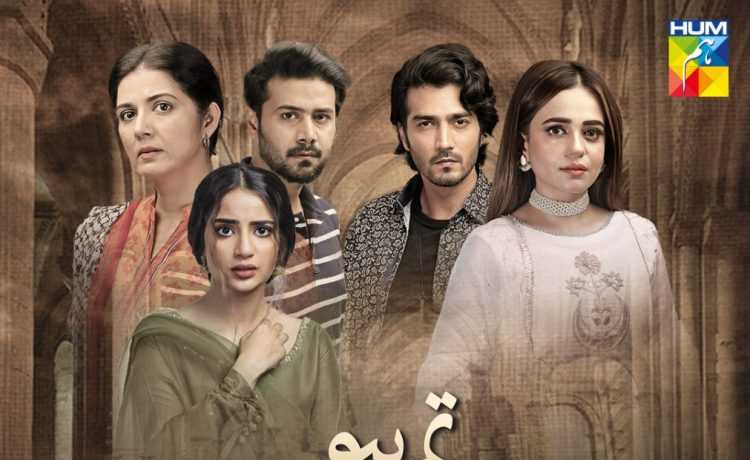 Tum Ho Wajah aired the latest episode HUM TV, the serial revolves around a blame game where everyone is putting the whole burden of the blame on the poor mother. The play is packed with some great performances particularly Savera Nadeem’s acting is a real treat to watch, Sumbul Iqbal Khan and Saboor Aly’s performances were impressive in this episode.

The episode begins showing that the night is almost over and there is no sign of Chanda, her father’s condition is extremely distressing but then Chanda enters into the house with Shahab and at that moment Babar starts beating Shahab, Chanda discloses that they have been Nikkahfied and also that Chanda has done that on her own will no one has forced her which makes Babar even madder and he starts insulting them and telling them to get out of the house.

When Chanda goes to her father telling him to stop Babar, Chanda’s father slaps really hard on her face everyone in the house gets shocked to see this even Chanda is not ready to believe that her father who loves her so dearly can really slap her so hard but what she has done to him makes her deserve this slap. She has crushed his father’s trust and honor with her false ego and persistence. Had she been little patient and reasonable her father would have helped her out.

Well, Chanda actually gets the reality check when Shahab’s parents were not ready to accept her. Shahab’s father is really a very cunning person instead of straightforwardly refusing Chanda as his daughter in law, he starts putting the whole blame on Chanda’s family by saying that it was them who very rudely behaved with him and insulted him, otherwise, he is ready to make her his daughter in law and then he mentioned that her father has insulted her in the office when in reality he has insulted him and also he mentioned that last night Baber raided their house. Chanda tries to calm him by saying that her family will apologize on which he says that he is not going to accept her before that and also that she cannot live in this house.

Will choosing Shahab over her family become Chanda’s biggest regret? Find out tonight at 8:00 PM on #HUMTV Subscribe to our YouTube channel: https://goo.gl/o3EPXe

Well, apparently Shahab fails to take any stand for Chanda when he hears about his father’s insult. He wants to take her back to the hotel but Chanda resisted so he takes him to Chanda’s chachu’s house. Chanda’s chachu is really a vile person this whole drama is created by him. He is an extremely greedy and mean person. Chanda’s father is not talking with her mother he is blaming her for making this situation that bad and partially he is not wrong as well. Will he ever able to forgive his wife?