Visaal Episode 23 Review: Akram’s Ingenious Plan Is About To Be Executed!

Visaal has been captivating viewers like anything, the drama has something really surprising in every episode and many viewers, including us, glue to their TV screens until ads pop up. In the last episode, we saw how Naheed’s suicide affected everyone and that Molvi Sahab and Pari read the letter she wrote. 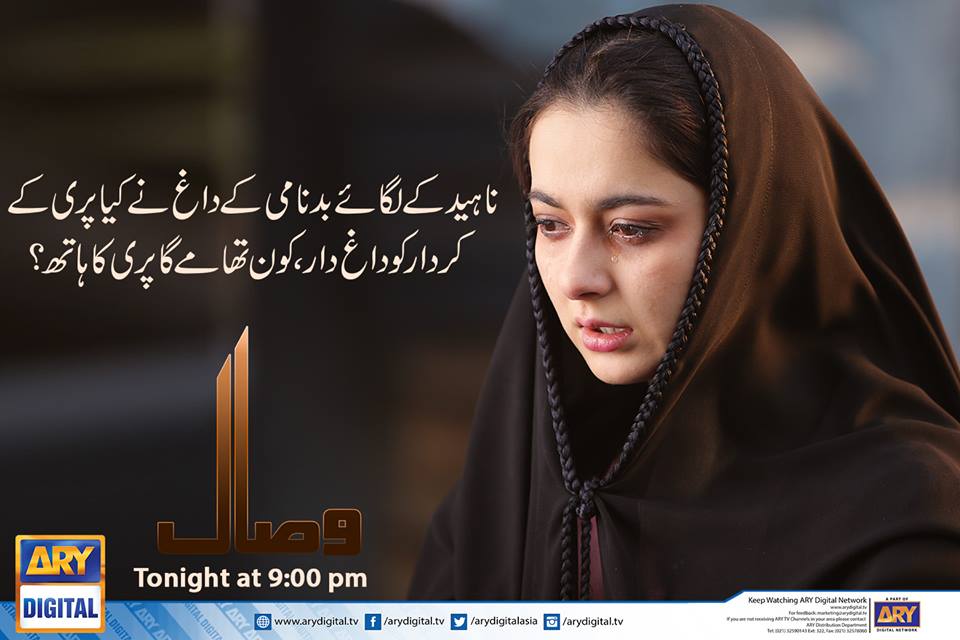 Now they all know why she committed suicide and who the real culprit is. Yes. Akram! That astute gamer! In the hospital when Doodhpatti visited him, he asked what to do next. Akram told him to spread a rumor that it was Pari who was responsible for Naheed’s suicide because the more she’s notorious, the more he will be ignored.

On the other side of the story, Pari couldn’t sleep and recalled how she was locked in the house with Taimoor and how she was defamed, and she lost herself. Next day, Maulvi Sahab and his acquaintance discussed Pari’s notoriety over Naheed’s suicide and were worried about Pari’s marriage. We loved how he says to Maulvi Sahab “kisi larki ki badnami ki khabar jungle ki aag se barh kar zyada tez phailti hai.” Now they desperately need to depart Pari as early as possible.

After the annoying commercial break, Akram and Doodhpatti were going back home after discharge and Police showed up with the arrest warrant and arrested him. Yayyy! The constables beat Akram and Doodhpatti over and over again. Munna came to visit Akram and Akram tells him to call Dilbar and tell him to go somewhere far for 3-4 months. The very next moment, Pari is alone at home as Bua just left to get some groceries. In the meanwhile, two strangers started knocking the door when suddenly Munna chased them away. Way to go buddy! 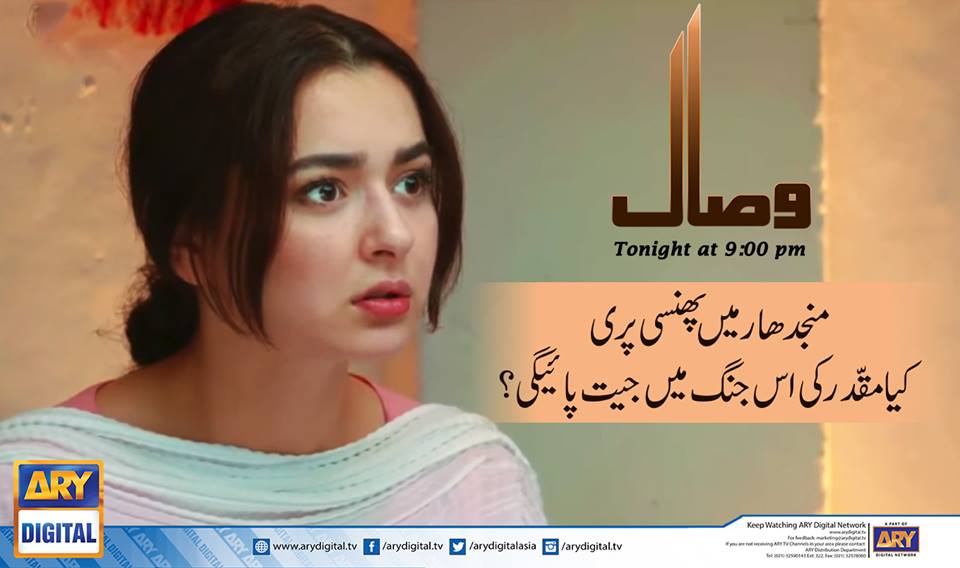 Akram is one hell of a guy and is clearly perceived as a stubborn lover who’s ready to do anything for Pari. Good or evil, nothing matters to him. We are so into this drama and desperately want the next episode right now. We want to know what will happen to Pari and what plan Akram has next because he said “matlab mera kaam to asaan hota jaa raha hai”.

What do you think will happen next? Please let us know. Don’t forget to watch Visaal next Saturday on ARY Digital.