Lets see how family rivalries destroy the lives of those involved 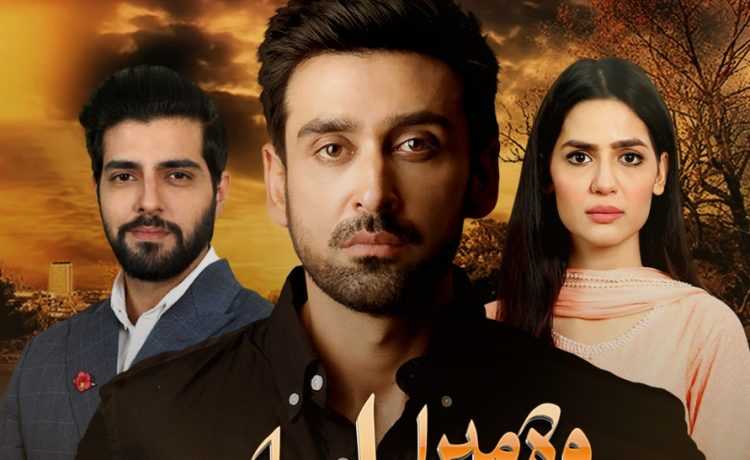 Woh Mera Dil Tha has been creating a lot of hype owing to its young, talented cast and a powerful writer/director duo on board. Based on a script by Faiza Iftikhar and direction by Mohsin Ali, the drama has begun with a bang and has managed to capture our interests from the very first episode.

Woh Mera Dil Tha revolves around two families and their ongoing rivalry which is constantly affecting the lives of their children.

Naina (Madiha Imam) lives with her overprotective parents. Her father, Fayyaz( Behroz Sabzwari) is strict and usually puts down all blames on her mother, Raheela(Shaheen Khan) whom he had a love marriage with, against her family’s will. It is for this reason they keep a strict eye on their daughter. Naina is usually escorted by guards wherever she goes but resolute to find her own freedom, she manages to ditch them successfully.

There is a strong rivalry between Raheela and her family because she eloped with Fayyaz while she was a girl. It is for this reason that the two families don’t meet and have any sort of contact with each other. However, unbeknown to the family, Naina is madly in love with her cousin (Raheela’s nephew) Arham, played by Furqan Qureshi.

On a trip to a mall, where Naina is escorted by her guards, she ditches them and escapes with her friend Zaid (Sami Khan) on a bike to meet Arham. Zaid, Naina and Arham are mutual friends and Zaid is usually the one who arranges meet ups and serves as a mediator between the two.

Naina’s father, upon his arrival at home, early, is furious to find she still hasn’t return. He questions Raheela and taunts her about her own mother and how she wasn’t around to tell her the difference between right and wrong, perhaps implying the reason she eloped with him.

The episode closes on the scene where Naina finds her parents discussing a proposal and she clarifies how she has no intentions of getting married, only to annoy her father, who blurts out that he will find a groom for her.

From the first episode, it seems, Woh Mera Dil Tha, is a story of relationships, conflicts and how family rivalry actually destroys the generations to come. Arham and Naina are in love, but their relationship will not be an easy one. For starters, Madiha Imam as Naina, is a breathe of fresh air. She compliments Naina’s character with her demeanor. Sami Khan as Zaid, is trying a different role, portraying to be the young, carefree lad for now. Sami Khan has this distinct quality of getting under the skin of his characters and it is for this reason, he nails each character he does, whether it is of an obsessed individual or a lost lover. Furqan Qureshi has matured with his plays and befits Arham’s character with his poised personality. The story is engaging and it will be interesting to see how the story develops and how Zaid will be entangled in this family rivalry, he has no connections with.

For now, the first episode has us hooked to the drama for more. So until next week, we’re eagerly waiting for the next episode of Woh Mera Dil Tha.

tweet
Share on FacebookShare on TwitterShare on PinterestShare on Reddit
Rameeza NasimMarch 21, 2018
the authorRameeza Nasim
Rameeza Nasim, a Paralian, passionate about poetry, drama and fiction. By giving drama critiques I feel like I am endorsing the writer's message to the audiences, I love my job. Being a critic responsibility lies on my shoulders to point out the flaws and shortcomings of the play be it on writer's , performers or director's end . I did my Masters in English Literature and Linguistics .
All posts byRameeza Nasim