It seems that Amaan and Noor shares some past 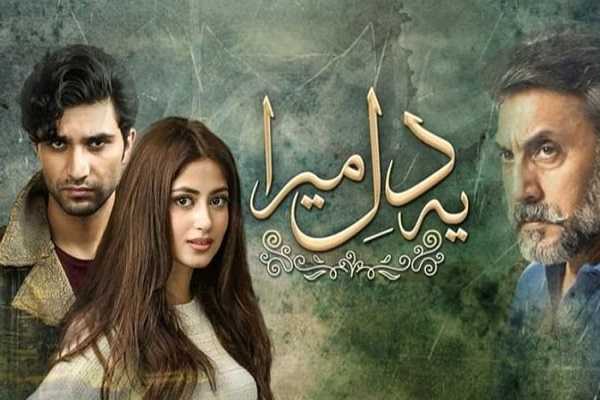 Ye Dil Mera is a newly started drama serial on Hum TV, the play seems to be a promising thriller. Based on Farhat Ishtiaq’s novel Ye Dil Mera, the first episode has been very engaging. Apart from the gripping plot and interesting story another best thing about this serial is having Sajal Aly and Ahad Raza Mir back together as an onscreen couple, after the phenomenal success of Yaqeen Ka Safar fans really wanted to see this real-life couple back on screens.

The play started with a dark themed scene someone is trying to run with a child at a railway station in the middle of the night, dogs are barking than a shot of gunfire is  heard. Well, one wonders whose past is this Noor’s or Amaan’s. There is an element of mystery in this play. Then there is introduction of the characters of the play. However it seems that play revolves around two main characters Amaan and Noor.

Noor is her father’s apple of the eye. She is portrayed as a lively and bubbly girl but there is something more in her, she thinks that someone is chasing and following her, she feels scared at times. It seems that she has a past, she has a story to tell which is she is keeping to herself, besides this lively girl there is another side of her too unknown to the world but it seems that she needs help, she is scared.

Amaan, on the other hand, is portrayed as a richie rich guy who is a successful businessman running a very established and vast business empire in the UK and now he is also doing well in Pakistan and he is trying to expand his business. He apparently seems a very well behaved gentleman but it also seems that he has a darker side too that we realized at the very end of the episode when his expressions altered while playing the piano.

Noor’s father himself seems to be another dark character, an over-possessive father who passionately cares for her daughter be it a few sneezes he cancels all his meetings. Noor tells him about her class fellow that he tries to be frank with her, his goons beat the hell of that boy but it seems that Noor has not seen this side of his father. There is so much Noor and Amaan share but we do not know about it yet, it seems that they share some past but Noor does not remember that she is wondering how come he knows that she got shorter hair and have a mark on the chin as what he sketches was the real she, the self she tries to hide from this world. Well, it seems so strange that at the next meeting in the university Amaan has not noticed her at all. 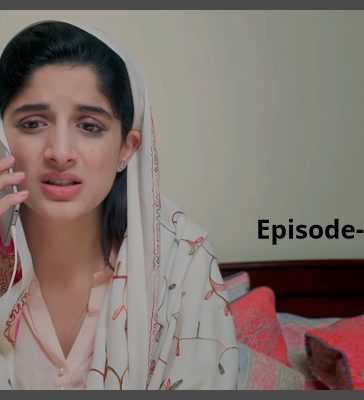