This episode reveals Neelofar's side of story 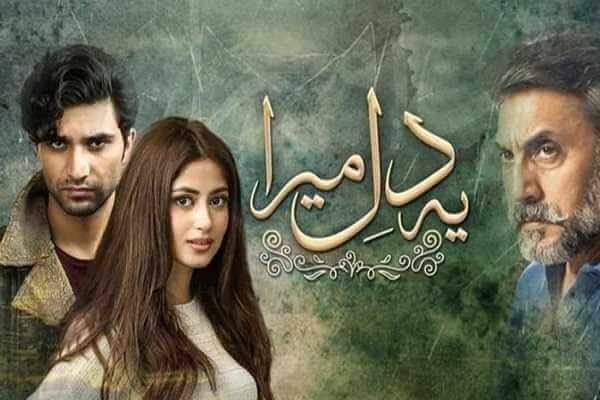 Ye Dil Mera, HUM TV’s primetime watch, is the serial for which we wait for the whole week is a psychological thriller.  Though this episode27 is not as powerful as the previous one in this episode Neefoar’s story is revealed. We get to know about Neelofar’s agonies and then there is some development in Aina’s thought process too. Acting in this serial is superb as usual and we have no words to praise Sajal Aly and Ahad Raza Mir’s phenomenal performances.

Bowa Jee is recalling the days when Aina’s mother Neelofar was suffering the burden of knowing about her husband’s darkest sides. Neelofar was shattered to know that Mir Farooq has actually tried to rape Humera! She wanted to share all this with her father, and she pens down some of her thoughts too but then she faces the trauma of her friend Humera and her family’s sudden death.

Well, one wonders Buwa jee after knowing all the sins of Mir Farooq and then finding out that Amaan is Humera’s son is still siding on the wrong side. She must be fearing for Aina’s safety. Mir Farooq and Ali Buksh both are so occupied and worried for Aina that they are avoiding Buwa Jee. Particularly Ali Buksh is not calling her back which is making her even more anxious and worried. She wants to go back to Islamabad as soon as possible. Buwa jee imparting the reality of Amaan to Mir Farooq could be a table-turning situation in this story.

‘Ye Dil Mera’ is the number one trending drama of the season. We are proud to announce ‘Bank Alfalah’ as our digital presenting sponsor! For more details visit their website: https://bit.ly/3aHh1ao #HumBanainZariyaAapka #YeDilMera #HUMTV

Neelofar is suspicious that Mir Farooq is behind Humera and her family’s murder and all her suspicions turns true when he eavesdropping Mir Farooq and Ali Buksh’s conversation where Mir Farooq is clearly telling him that things went well according to our planning and also that they are likely not going to face any problem as the forest officer do not have close relatives and their attempt of turning the whole incident into an accident has turned very much convincing. Mir Farooq finds Neelofar hearing their conversation. One of the creepiest scene. There are an exchange of loud arguments between Neelofar and Mir Farooq which Aina and Buwa Jee are hearing too. Neelofar is literally yelling out and challenging Mir Farooq that she is not going to keep quiet.

Aina is still in the state of denial, she sees the same vision again in her dream which she used to see over and over. She sees the same railway station, river, a child and a woman but this time vision is more clearer she sees someone firing at the woman not just the sound of fire. She is so disturbed that she is shivering and crying, Amaan is trying his best to help her out but as soon as Aina gains some consciousness she is back to her rude mood and she asks Amaan to leave her room. She recalls how she used to share this dream of hers with Agha Jaan and how he always negates her thoughts. Then we see Aina praying to Allah seeking His help and guidance for knowing the truth. 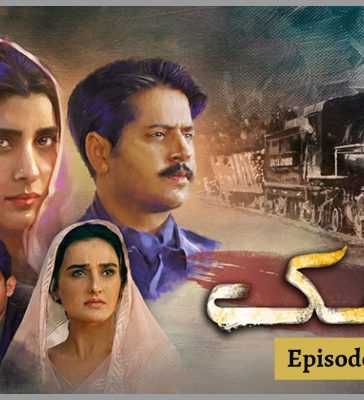