The drama is gradually but certainly becoming a favourite among audiences.

Drama serial Ehd e Wafa is gradually but certainly becoming a favourite among audiences due to its nostalgic vibes and very refreshing and realistic storyline. Written by Mustafa Afridi, directed by Saife Hasan, and jointly produced by MD Production and ISPR, it started off as a story of four friends belonging to different social backgrounds-Saad, Shariq, Shahzain, and Shehryar, studying together in a boarding school of Lawrence College.

While initially, the friendship of this brat pack, seemed like an unbreakable and everlasting bond but with time and circumstances, all four of them went separate ways after college and are now working in their respective fields. What still binds them together is their passion to serve their country.

Saad opted for Pakistan Army following the footsteps of his father, Brigadier Faraz. Shahzain, who belonged to the  family of feudal lords battled for the seat of MNA and won it. Sheharyar went ahead with becoming a civil service servant while Shariq became a media person. So what began as a story of four friends has now evolved into four stories showing how each of them is doing in life, their real-time struggles and how they are making efforts to serve their nation.

It is not often that dramas like Ehd e Wafa hit our screens and hence drama lovers, who were initially a little disappointed on knowing that the show is not a sequel of 90’s Alpha Bravo Charlie also produced by ISPR, are now finding this rare story of friendship an interesting watch and here’s why.

A Breath Of Fresh Air

Instead of the melodramatic and repetitive storylines of our dramas, the writer has penned down a script that is fresh and entertaining and has saved drama fans  who have by now become exhausted by the usual female-oriented sob fests that haunt our television screens every now and then. It’s a rare and special male-oriented drama that was a miss from our TV screens for quite some time.

It is a delight to watch shows based on friendships from the days of college and university as audience can connect to it somehow or the other.  Whatever age you are, nostalgia will hit you while watching Ehd e Wafa, taking you back to the best days of your youth.  For instance, Saad and Gulzar’s hilarious cum emotional conversations over the phone despite being in different units of the army will remind you of your bantering and joking with friends. Moreover, Sheheryar and Sharik’s meetups even after college days and their reminiscing stories from college life would motivate you to meet your long lost friends and reconnect with them.

Strong Messages At Its Core

While being an entertaining watch, the drama also manages to drive home some salient and important ideas. It leaves the audience with a lot to think about. Here and there, the serial gives out strong messages to the viewers with stories of supporting and lead characters such as the story of Haris from Pakistan Military Academy was a true show of how distorted family life can have adverse effects on a child’s studies and career. Haris, despite being a brilliant cadet couldn’t give out his best due to his parent’s being on the verge of separation until the PMA intervened and settled the differences between his parents.  Similarly, with the character of the poor Gulzar who passed out with a medal from PMA, the drama makers tried to eradicate the misconception that Pakistan Army gives special importance to offsprings of military personnel.

The serial also hints at the differences in the lifestyle of the upper and middle classes in Pakistan realistically and shows how these differences sometimes hit hard in life.  There is a sharp contrast in the living setups of the main leads Saad, Shahzain, Sharik and Sheheryar, the former two belonging to elite class while the latter two belonging to the lower middle class and this difference indeed becomes a bone of contention in their friendship over time.

Romance is certainly a must in Pakistani dramas, else you lose half of the viewership and ratings. Hence, to keep the audience intrigued and invested in the show, the makers have made sure to add some romance in the story. Through Dua & Saad’s evolving love story, Rani and Shahzain’s married life, Sharik and Ramsha’s growing affection and Sheheryar’s  developing soft corner for her villager cousin Masooma, the makers have covered the romantic escapades of the lead actors and given the audience an insight into their love lives as well.

The actors are giving out stellar performances. Ahmed Ali, Ahad Raza Mir, and Wahaj Ali are equally great while Osman Khalid Butt takes over them with his outstanding comic timing and expressions. The supporting actors such as the debut comer Adnan Samad Khan as Gulzar and the versatile Zara Noor Abbas as Rani have also demonstrated a brilliant show of their acting skills. Veteran actor Faraz Inam has also once again charmed his way back into fan’s hearts as Brigadier Faraz after being immensely loved as cadet Faraz in Sunehray Din and as Captain Faraz in Alpha Bravo Charlie.  Vaneeza Ahmed is also back with the show to remind us she is still an actress of poise and finesse.

All in all, Ehd e Wafa is a rare and special show that has indulged even those who are not much into watching Pakistani dramas and was it indeed a delight to see #EhdeWafa trending on Twitter after the release of its recent episode which was a proof of the show gaining popularity among masses. Many Thanks to MD Productions and ISPR for producing such an entertaining yet insightful play which has made our Sunday nights joyful. We are definitely looking forward to more plays of the kind in the future. 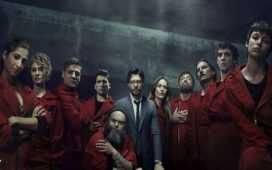 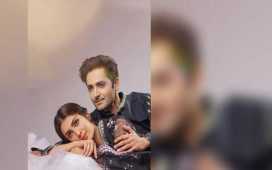 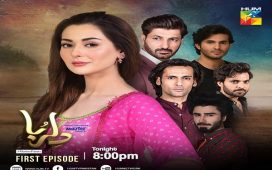