Hajra's private messages to Rehan were shown in the court 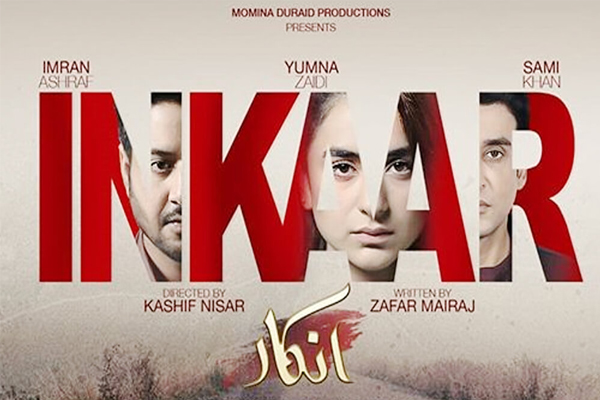 Hum TV’s drama serial Inkaar based on a true story of a girl, who was stabbed twenty-five times with scissors just because she dared to say ‘No’. The play is well written by Veteran writer Zafar Miraaj and brilliantly directed by Kashif Nisaar. Yamna Zaidi has come up with an incredible performance in this play and Sami Khan is also quite impressive, while Imran Ashraf has outdone his negative role.

The episode begins with the scene at the courtroom, where Rehan Chaudhry was again asked by the judge about stabbing Hajra with the scissors in the parlor. This time Rehan denies it and also that he has never been to that parlor. This has startled Hajra and her father, the judge asks for other witnesses and evidence from legal prosecutor. Rehan’s actual mother visits Hajra’s place but she rudely talks with her.

Shayan on the other side is being a loyal and true love, he leaves his parents house and goes to the same school and asks for a paid job. He is living on his own and he regularly supports Hajra by attending every hearing.

He has started making her sketches one again. Hajra has stopped him from coming on the next hearing as she does not want to face him there. Shayan is very restless and all the time he is worried about her.

Rehan’s stepmom is a real evil person, she has gathered all Hajra’s selfies with Rehan and their private message conversations as well and prints them out and her plan is to show them in the court, Rehan’s real mother hears all about this but she has done nothing!

Hajra is sensing that there might be some embarrassing moments for her father so she is stopping him to go with her but his father assures that he is always going to support her. Hajra narrates her side of story how she got stabbed in the parlor on her wedding day.

Then Rehan’s lawyer comes for questioning and he starts to vilifying her character by saying that Hajra and Rehan were in a relationship and that she is her girlfriend despite Hajra denying this fact.

Rehan’s lawyer uses a very cheap tactic he deliberately throws all her selfies and pictures in the court so that everybody can see that pictures later he comes up with Hajra’s private Whatsapp and Facebook messages that she has written to Rehan in the past.

Hajra’s father could not bear all this and he walks out of the court. Hajra’s lawyer asks her that when they were so close what happened that she has started hating him. Hajra replies, because he attempted to rape her.

tweet
Share on FacebookShare on TwitterShare on PinterestShare on Reddit
Rameeza NasimJune 27, 2019
the authorRameeza Nasim
Rameeza Nasim, a Paralian, poet, passionate about poetry, drama and fiction. By giving drama critiques I feel like I am endorsing the writer's message to the audiences and also stressing on what Writers trying to say through his character portrayals and story, I love my job. Being a critic responsibility lies on my shoulders to point out the flaws and shortcomings of the play be it on writer's , performers or director's end . I did my Masters in English Literature and Linguistics and I earn my living through writing.
All posts byRameeza Nasim 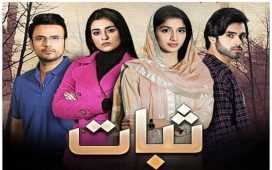