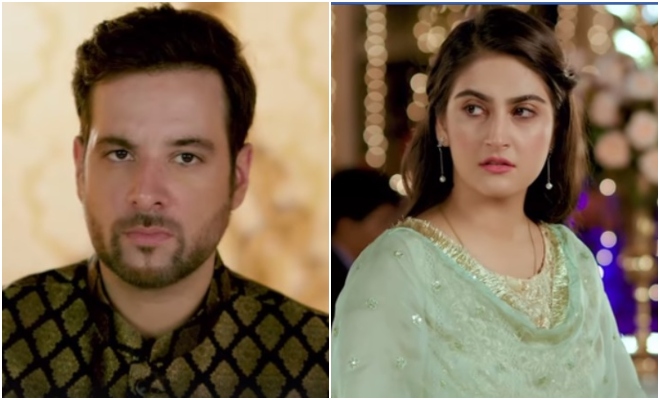 Mikaal Zulfiqar impressed his audience vastly with his film Sherdil. Before the film released, Mikaal’s last television stint as Mohtasim in Khasara earned him a lot of praise in a negative character. Its needless to say, this one actor has always been impressive, trying out a number of characters. This time, he’s pairing up with the very beautiful and multi talented Hiba Bukhari for 7th Sky Entertainment’s upcoming drama Ramz E Ishq and the two certainly look impressive.

Ramz E Ishq has been penned down by Ishq Tamasha famed writer Misbah Nousheen and the way she created her previous story, we’re sure, this one too will be beautiful. Teasers of the drama have already started doing rounds on the television and social media and from what we see so far, we’re certainly impressed because Mikaal and Hiba do look beautiful together in the frames. The OST is another beautiful aspect of the drama. Ramz E Ishq looks like a story of a couple, in love since childhood but unable to be together because of circumstances around them. Mikaal Zulfiqar will be playing Rayan while Hiba Bukhari plays Roshni in the upcoming drama.

Directed by Siraj ul Haq, Ramz E Ishq will be a 7th Sky Entertainment’s production for Geo Entertainment. The drama is slated to go on air soon and we’re eagerly waiting for Mikaal Zulfiqar to return to our TV screens soon enough.