15 Pakistani songs that will give you intense nostalgia!

Dang it! I miss those days. 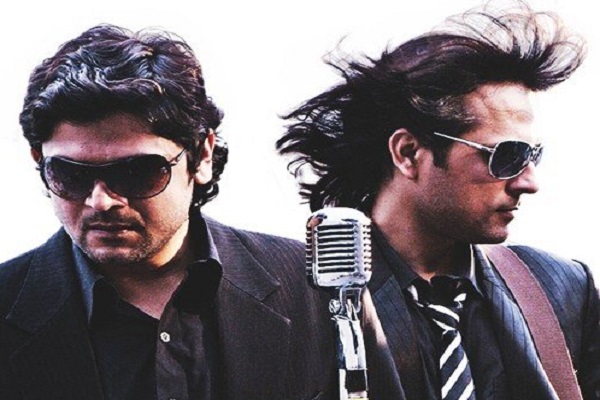 Remember how we all used to watch Indus Music, ARY Musik and Aag TV? Too bad we don’t see such channels more often now. Indus Music was personally my favorite among all other music channels because of the song selection, and I’m sure most 90s kids were into these songs those days. Today, when it’s all about music fusion and Coke Studio, I believe such tracks are what we’re definitely missing.

Sharing some of them here, ladies and gentlemen, get ready for a nostalgic trip to that era.

I am certainly not wrong if I say how this song actually made a statement back then. And it’s so cool how the video received such positive feedback. The lyrics, music and overall feel of the song is still so good the ears.

This is one of my top favorites from Junaid Jamshed. It’s amazing how he brought such a different music style in Pakistan which was a norm at that time here; so innovative, intriguing and feel-good music.

Another one from Fuzon, this one has always in my list of favorites. Isn’t it one great example to compare how music used to be and how it is nowadays?

This one, I believe, was one of the most famous, one of the most played songs by Strings. Honestly, I think Strings have been extremely productive in past years. And if they could do it back then, they can do it now. We need original music today.

A funky, upbeat and feel-good song which was another hit by strings. Man, they have made so much amazing tracks in the past!

Okay, Strings, come on now. You do know that remaking older songs will not change a lot with the music scene in Pakistan. It is very clear that people these days believe in branding, and now branding is happening in music as well. As long as they don’t see a song released by an artist that has a name, they don’t go for head over heels for it no matter how good it is. But if artists like Strings begin to make such music again, I think it will be a huge positive step to revitalize Pakistani music.

It will be an understatement to say that it WAS a famous song. Because it still is pretty famous and people cover this one every now and then. This one gives away so much positive vibes that it overall sounds good. Musical arrangement, lyrics, softness and soberness in the song makes it worth it!

There used to be a bunch of songs by Shahzad Roy which you could see on literally every channel. Whether it was PTV, IM, ARY Musik or Aag TV, this man surely left an impression.

I believe Junaid Jamshed gave so much to the music industry of Pakistan which is truly unforgettable. Some of his songs are too good that once you listen to them, they can get stuck in your head for days! And I’m sure this is one of his such songs.

It was one of the very different songs that used to be made back then. I remember I wasn’t really into Abrar ul Haq’s music but this was a song that I never skipped on TV. Also, after all these years, last week I found out that the guy in the video is Mikaal Zulfiqar!!!

Ali Zafar is the example of those music stars who came, who saw and who conquered. He’s been so consistent with his work and that surely helped him make a name. This video was actually very interesting and this is one of those songs that he sang ever so seamlessly.

Ahmad Jahanzeb is one of those few people who actually can sing. All his music is so soothing and enchanting that you just can’t help but listen to the whole song and keep humming it for days!

I think this one is the most famous song that he has made so far. From music to lyrics to vocals, everything is so good in this song that it makes me gloomy to compare these songs with the songs that are made today.

I think that if someone really wants to make a good Urdu song, it is totally fine to use lyrics from famous ghazals or poetry that is written by people who actually know Urdu, rather than to just go with the generic, basic lyrics that don’t have any depth or meaning or even a reason to get them in rhyming zabardasti.

Well, there are still people who are extremely good at it, and i hope that they make songs that can actually define Pakistani music industry.