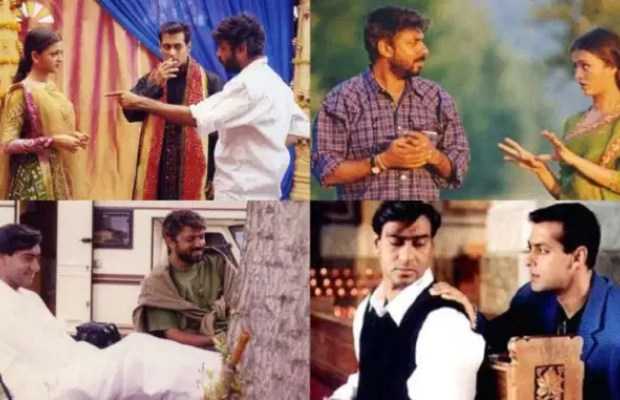 Bollywood actors took to social media sharing throwback photos from the sets of the film to celebrate the 22 years of Sanjay Leela Bhansali-directed magnum opus film.

“Baees saal ho Gaye #HumDilDeChukeSanam ko…”  Salman Khan captioned a throwback photo from the film shoot along with the director and tagged his co-star Ajay Devgn, and Bhansali’s production house.

Aishwarya took to Instagram to share some pictures from the sets of the film featuring director Sanjay Leela Bhansali. But interestingly completely ignored her co-stars Ajay Devgn and former boyfriend Salman Khan.

Aish wrote, “22 years of “HUM DIL DE CHUKE SANAM”. I am reminded, by such an outpouring of love… but my dearest Sanjay… This one is evergreen… Forever… THANK YOU… and to ALL our audience world over… and my ever LOVING family of well-wishers… THANK YOU FOR ALL YOUR LOVE…ALWAYS.”