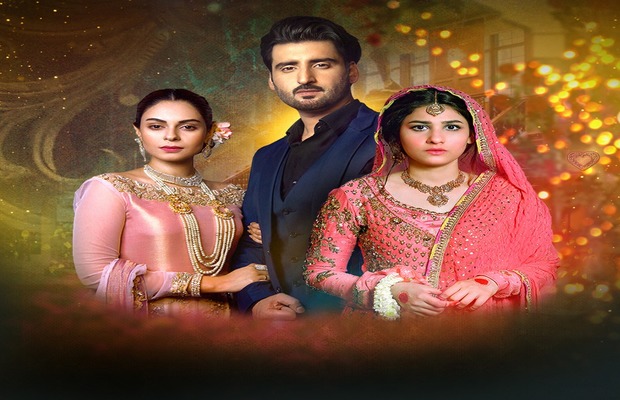 Millions of viewers settled in for the epic finale of the most popular drama of the season, Dil-e-Gumshuda.
0Share
634Views

Millions of viewers settled in for the epic finale of the most popular drama of the season, Dil-e-Gumshuda, produced by ace producers Abdullah Kadwani and Asad Qureshi under the banner of 7th Sky Entertainment, delivered with a record-breaking ending on the rating chart for Geo Entertainment. 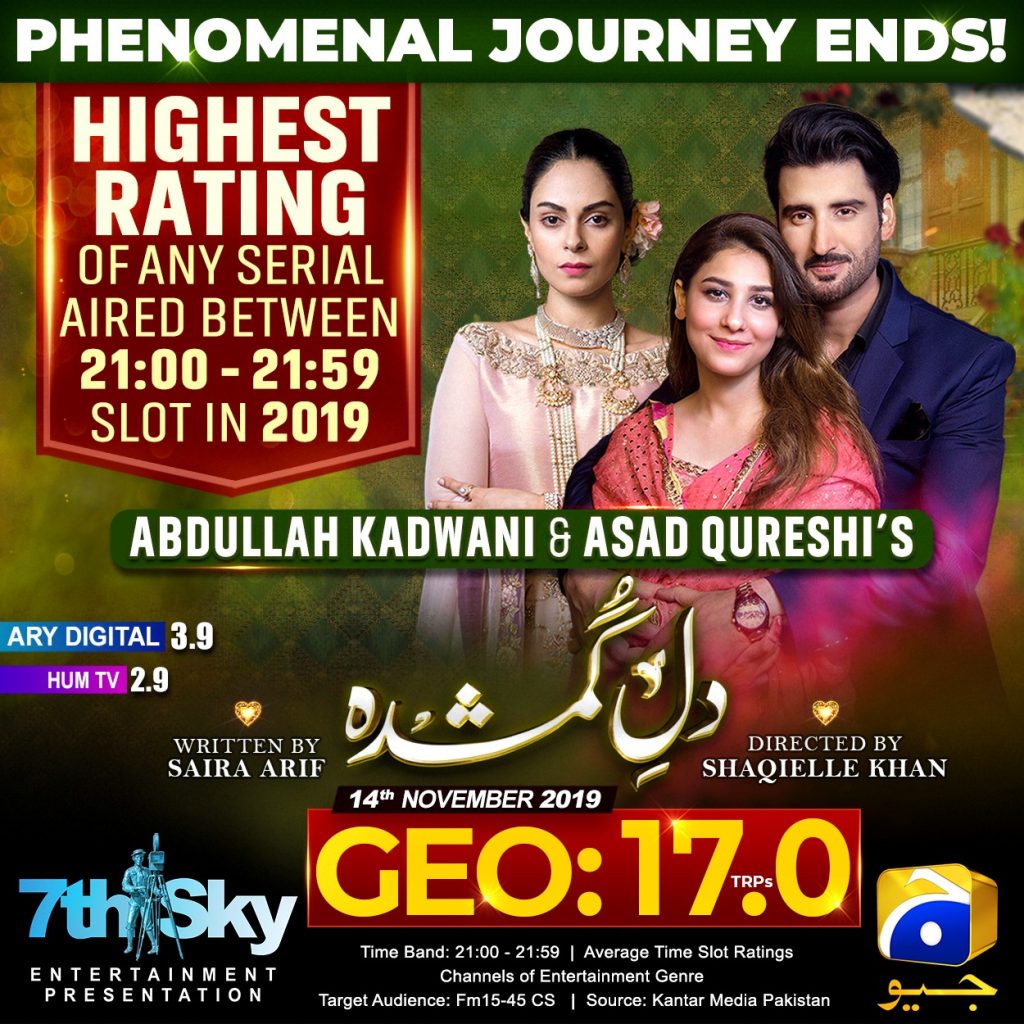 According to the Kantar Media Pakistan numbers released today, the last episode of the serial (aired on Nov 14th) ended with a bang, getting a record 17.0 TRPs, which is the highest rating for any drama in 2019 on the 9 pm timeslot. 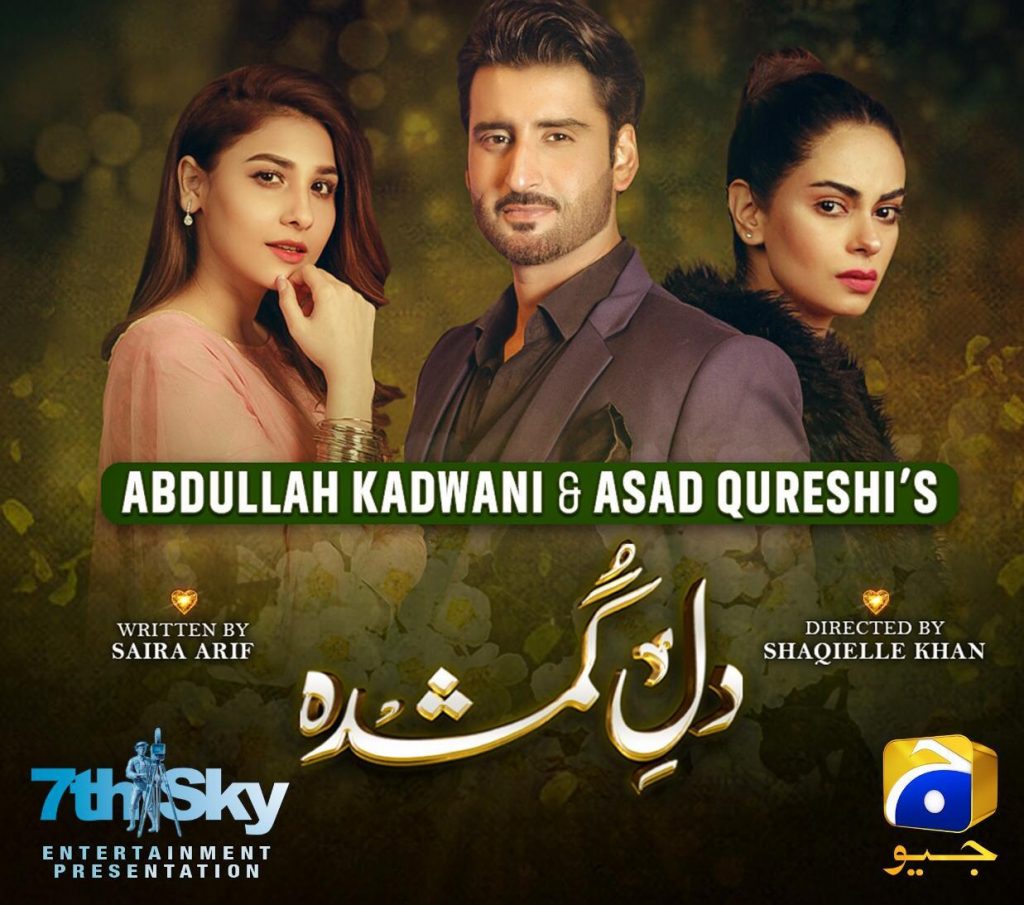 Starring Amar Khan, Aagha Ali and Hina Altaf in lead roles, with 34 highly talked about and watched episodes, this 7th Sky Entertainment’s riveting serial reached the end of the road with love, envy, and the essence of forgiveness keeping viewers across Pakistan on the edge of their seats every weekday at 9 pm. 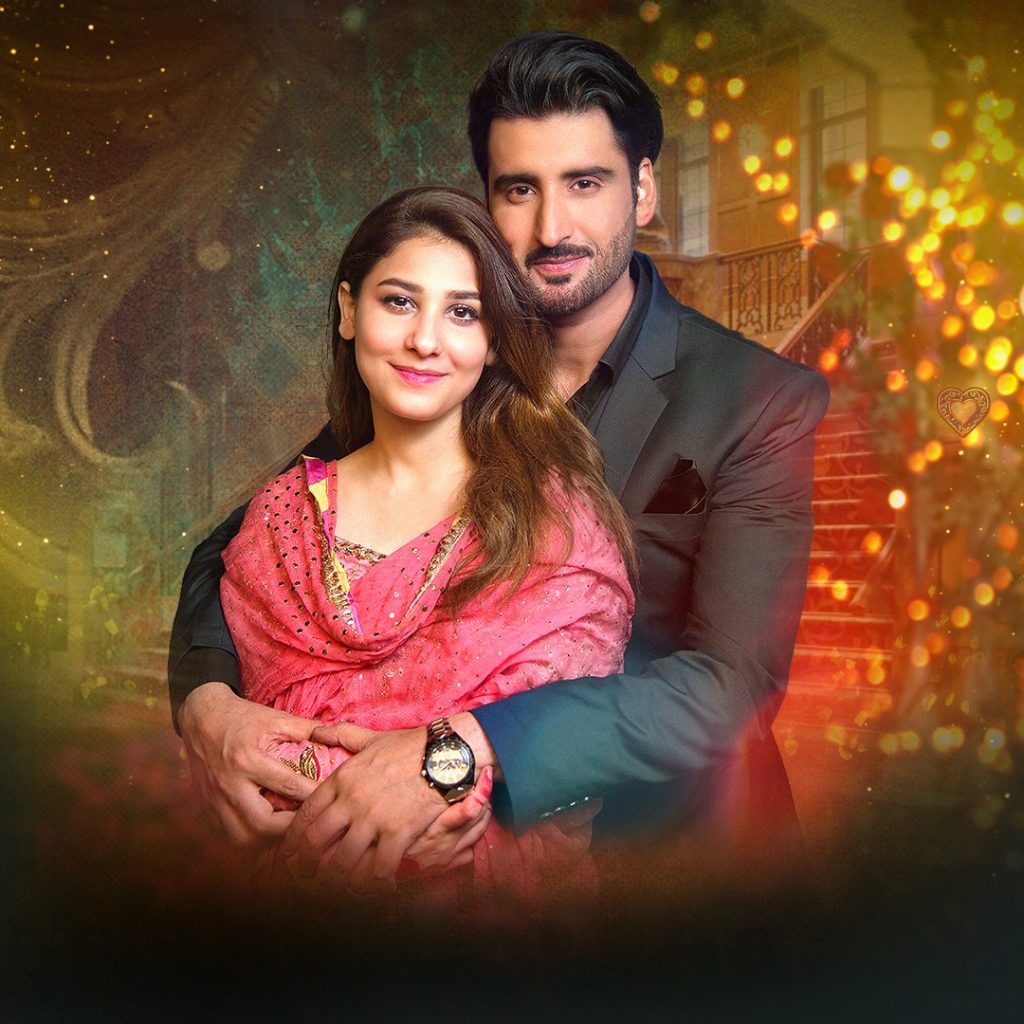 Directed by Shaqielle Khan, Dil e Ghumshuda’s success proves that 7th Sky Entertainment is the only entertainment company that has been consistently giving a super hit and quality content for the audiences across Pakistan, changing the face of entertainment television.