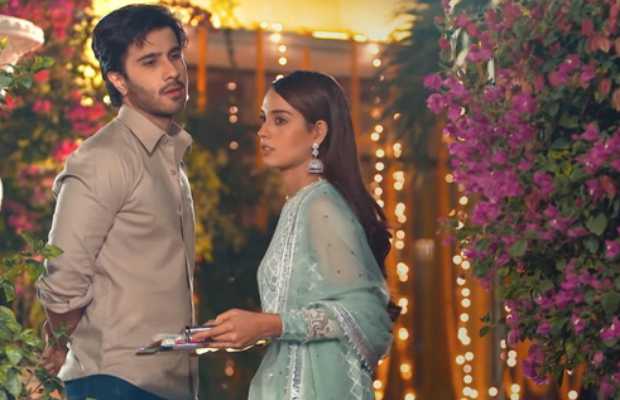 7th Sky Entertainment’s magnum opus Khuda Aur Mohabbat is the talk of the town, taking over the Pakistan entertainment industry and the internet with a complete storm, having all 3 episodes trending on No. 1, 2, and 3 simultaneously on YouTube in Pakistan, along with garnering top ratings. 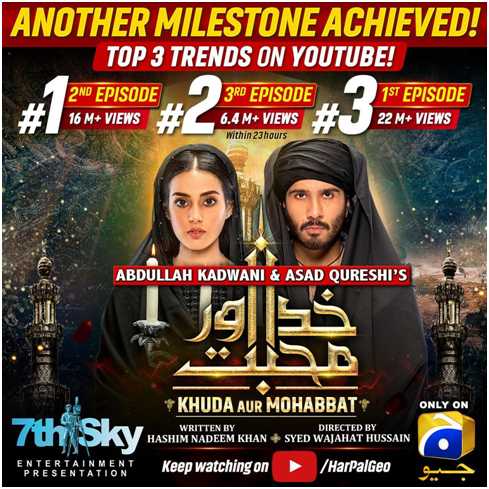 With its third episode that aired this Friday, the Feroze Khan-Iqra Aziz starred has already reached 6.4 million views on YouTube and has earned splendid TRPs of 9.4. Whilst its first and second episodes have hit record-breaking views of 22 million and 16 million already. 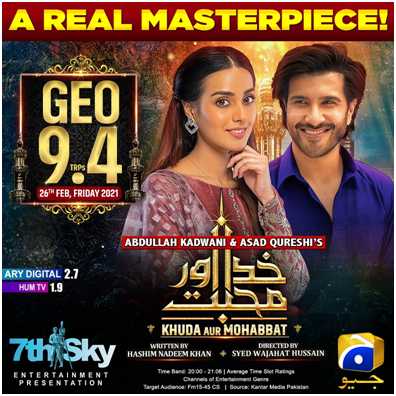 With stunningly shot scenes and mammoth star-cast, ace producer Abdullah Kadwani and Asad Qureshi have truly taken Pakistani television to new heights with this project, which media touts as the best project of 2021. This story of love, spirituality, and acceptance has won over everyone’s hearts with only 3 episodes out, with fans waiting with bated breath how Mahi & Farhad’s story moves forward.

Scripted down beautifully by Hashim Nadeem and directed by the legendary Wajahat Hussain, Khuda Aur Mohabbat’s fan base and success so far have ensured that 7th Sky Entertainment is one of the most iconic entertainment companies that does not fail to produce one hit product after another.