80s Hit Ankahi to be Adapted as Theater Drama

Amna Ilyas has been chosen to play Sana, the main lead in Kopykats Productions for stage 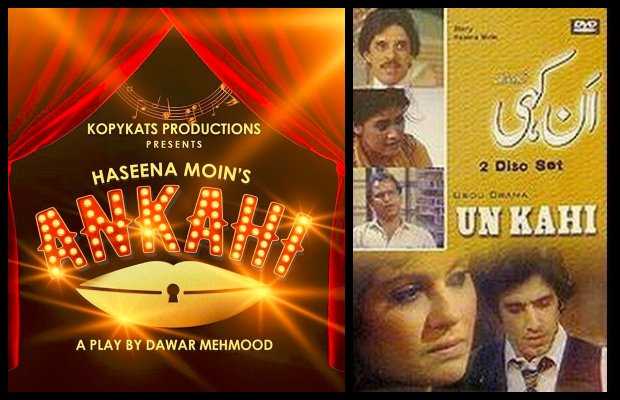 Kopykats Productions that has made a quite a name for itself due to its stage dramas frequently featuring Anwar Maqsood’s script has taken up a rather challenging task this time. After successful adaption of Anwar sahib’s Aangan Terha and Half Plate, this time the team is looking to transform 80s popular drama Ankahi into a theatrical version.

However, pretty much in contrast with Kopykats previous adaptations, Ankahi is a complicated drama with a rather emotional approach to the script. Director Dawar Mehmood is confident, he’ll be able to pull it off successfully once again.

“This drama is inspired by the original but it is different in many ways,” said Dawar while talking to Dawn Images.

“AATheatre requires certain kinds of punchlines and scenes and we’ve added them in while making sure that we still depict the essence of middle-class urban life. No fan of the original Ankahi will be disappointed – but newcomers who haven’t seen the earlier drama will also enjoy it,” he added.

The script for Ankahi 2.0 – as Dawar calls it – has been done by team members Saqib Sumeer and Mustafa Choudhry alongside veteran actor Sajid Hassan. The final touches to the script will be given by Anwar Maqsood himself before the team runs it with original scriptwriter Haseena Moin.

After a press conference tomorrow, February 6, the team will begin rehearsals for the drama. All set to hit the stage on March 15, Ankahi will feature Amna Ilyas as Sana originally played by Shehnaz Sheikh.