The sequel will pick up right after the events of the first film. 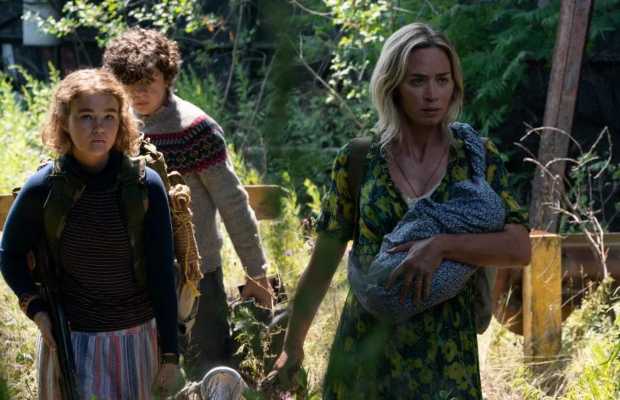 A Quiet Place 2 gets a new release date for the fourth time!

Paramount Pictures has reshuffled the opening date, of the sequel. It will now be arriving on May 28, instead of September 17.

It takes the spot previously allotted to Mark Wahlberg’s action-thriller “Infinite,” which was relocated to September 24.

The recent major reshuffle of release dates comes a week after Paramount announced intentions to shorten the theatrical window, with plans to put “A Quiet Place Part II,” “Mission: Impossible 7” and other upcoming titles on the streaming platform Paramount Plus after 45 days on the big screen.

“A Quiet Place Part II,” directed by John Krasinski was originally slated for release on 20 March last year. But the release was delayed several times owing to the coronavirus pandemic.

Krasinski who died in the first film has resumed his role behind the camera this time with his creative genius.

A Quiet Place Part II sequel to the original film will pick up right after the events of the first film.

The film will see the surviving members of the Abbott family — Evelyn (Blunt) and her children, Regan (Millicent Simmonds), Marcus (Noah Jupe), and a newborn baby this time while facing the terrors of the outside world.

And It’s not just monsters they have to watch out for anymore.

According to the film’s original synopsis: “The Abbott family must now face the terrors of the outside world as they fight for survival in silence. Forced to venture into the unknown, they realize that the creatures that hunt by sound are not the only threats that lurk beyond the sand path.”

John Krasinski’s A Quiet Place was a box office hit with  $340.93 million earning despite being a small budget film of $17 million.

Let’s wait to find out how much “A Quiet Place 2” will earn at the box office as this weekend, movie theaters in New York City have been approved to reopen at a limited capacity.

tweet
Share on FacebookShare on TwitterShare on PinterestShare on Reddit
Saman SiddiquiMarch 5, 2021
the authorSaman Siddiqui
Saman Siddiqui, A freelance journalist with a Master’s Degree in Mass Communication and MS in Peace and Conflict Studies. Associated with the media industry since 2006. Experience in various capacities including Program Host, Researcher, News Producer, Documentary Making, Voice Over, Content Writing Copy Editing, and Blogging, and currently associated with OyeYeah since 2018, working as an Editor.
All posts bySaman Siddiqui