A Quiet Place II First Trailer: It’s not just monsters they have to watch out for anymore 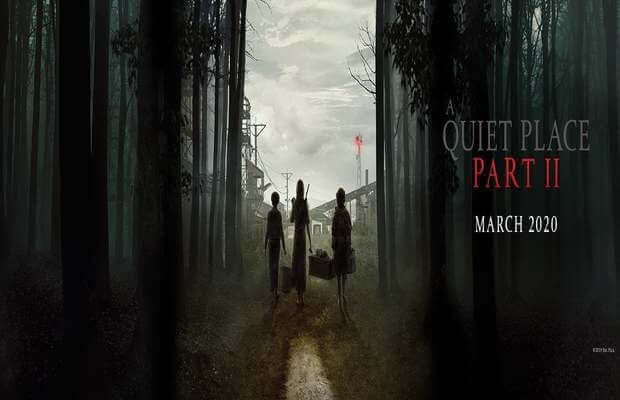 The sequel will pick up right after the events of the first film and It’s not just monsters they have to watch out for anymore.

The sequel will follow the Abbott family as they must venture into the unknown and discover that there are more than alien monsters threatening their lives.

According to the film’s original synopsis: “The Abbott family must now face the terrors of the outside world as they fight for survival in silence. Forced to venture into the unknown, they realise that the creatures that hunt by sound are not the only threats that lurk beyond the sand path.”

The film starring Emily Blunt,  John Krasinski,  Millicent Simmonds, Noah Jupe ,  and others, will be releasing on  March 20, 2020.

tweet
Share on FacebookShare on TwitterShare on PinterestShare on Reddit
Saman SiddiquiJanuary 1, 2020
the authorSaman Siddiqui
Saman Siddiqui, A freelance journalist with a Master’s Degree in Mass Communication and MS in Peace and Conflict Studies. Associated with the media industry since 2006. Experience in various capacities including Program Host, Researcher, News Producer, Documentary Making, Voice Over, Content Writing Copy Editing, and Blogging, and currently associated with OyeYeah since 2018, working as an Editor.
All posts bySaman Siddiqui