Actor In Law, Na Maloom Afraad 1 & 2 to be screened in India 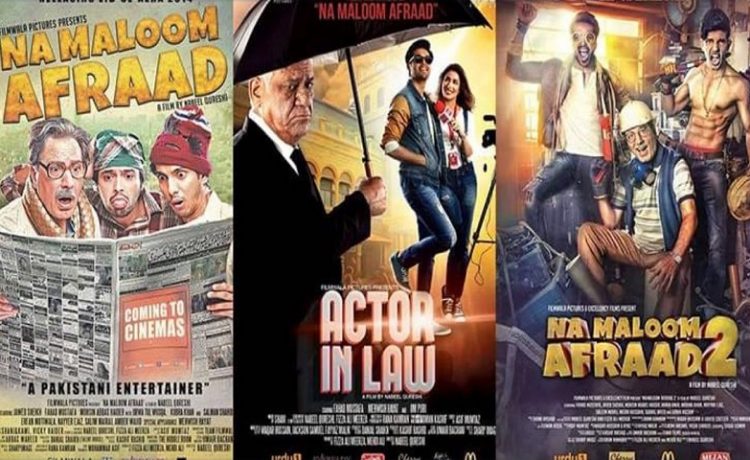 Here’s another announcement that is bound to excite you as a fan of Pakistani films. Three Pakistani films, all directed by Nabeel Qureshi and produced by Fizza Ali Meerza, under the banner of Filmwala Pictures, and starring the very versatile Fahad Mustafa, are all set to screen in India.

The three films will be screened at the South Asia Forum for Art & Creative Heritage (SAFACH) in New Delhi India. The festival is scheduled to be held from 10th – 16th Dec 2018 and will feature the best films from Asia.

In August this year, the Fahad Mustafa and Mehwish Hayat starrer ‘Actor in Law’ was also screened in Mumbai by the Harkisan Mehta Institute to pay tribute to the late Indian actor Om Puri who played a pivotal role in the film.

Pakistani films have been impressing audience and filmmakers alike across the border. Where people have commented how they’d want to see the Humayun Saeed, Mehwish Hayat starrer Punjab Nahi Jaungi screen in India, filmmakers like Mahesh Bhatt have lauded the content of Pakistani films.