An iDreams production, Dard-e-Dil will address the tabooed subject of HIV AIDS 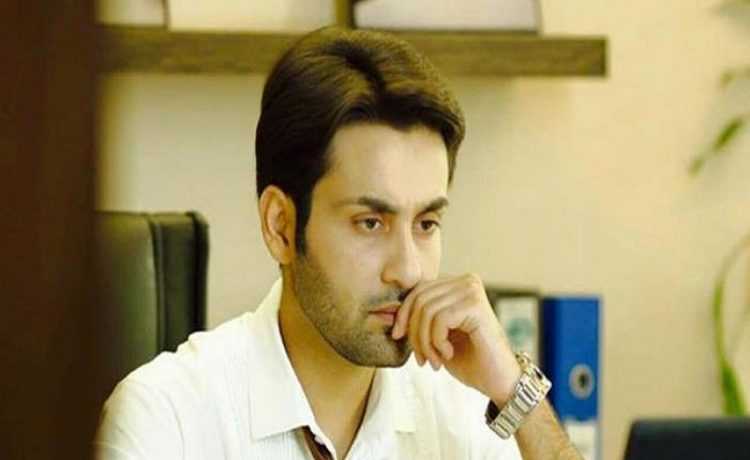 Apart from providing us with entertaining content, it is one of the major responsibilities of our drama industry to take up projects on serious subjects raising main social issues and creating awareness among the masses.  Serials like Khuda Mera Bhi Hai highlighted the trans-gender issues and their social acceptability, Udaari addressed child abuse and molestation and now amongst many others, we’ll have ARY Digital’s upcoming play, Dard-e-Dil addressing the tabooed subject of HIV AIDS.

The upcoming drama serial Dard e Dil, an iDreams Entertainment project will star the classy actor Affan Waheed in the lead. Team Oye Yeah got a chance to speak with the actor and quiz him about the upcoming project. ” It is an ARY Digital project and the script of the play is written by Shugufta Bhatti with Amjad Bhatti’s direction,” shares Affan.

Adding further about the drama leads, Affan mentioned, ” In the lead role we have Aiman Khan along with Bushra Ansari, Behroze Sabzwari, Kashif Mehmood, Sana Fukher in pivotal roles.  Dard-e-Dil will address a major societal issue as the drama revolves around the plague of HIV AIDS. ”

Recently Affan Waheed starred in Iltija on ARY Digital. The drama dealt with the plight of children born with Down’s Syndrome and catered to a wide range of audiences looking for awareness. And this time, the actor has chosen to address HIV AIDS with his next project. Upon questioning, whether he does it intentionally, Affan answered, “I believe we have a social repsonsiblity to do as much as we can. Acting isn’t just a profession where you can earn. As a celebrity/influencer you have a responsibility and these kind of roles give me the job satisfaction I crave.”

“I am so thankful that after Iltija God has given me another opportunity to do this role. I really feel honored and blessed. This is the kind of the work I really want to do. I want to leave behind me a legacy , a small one  so I am trying to my best in my own humble capacity. So I’m really looking forward for this play and can’t reveal much about it but that it is all about HIV AID awareness and suggests its prevention.” said the dedicated actor.

Dard-e-Dil will seek to create awareness about HIV AIDS, its spread, causes and how married couples with HIV can strive for a better future for their children. The drama has gone on the floors and is looking for a release by March. Let’s hope Dard-e-Dil succeeds in addressing the issue its raising. Here’s wishing the team, a very best of luck.

tweet
Share on FacebookShare on TwitterShare on PinterestShare on Reddit
Rameeza NasimFebruary 21, 2018
the authorRameeza Nasim
Rameeza Nasim, a Paralian, passionate about poetry, drama and fiction. By giving drama critiques I feel like I am endorsing the writer's message to the audiences, I love my job. Being a critic responsibility lies on my shoulders to point out the flaws and shortcomings of the play be it on writer's , performers or director's end . I did my Masters in English Literature and Linguistics .
All posts byRameeza Nasim