As reported, the show is currently being filmed in Northern Ireland. 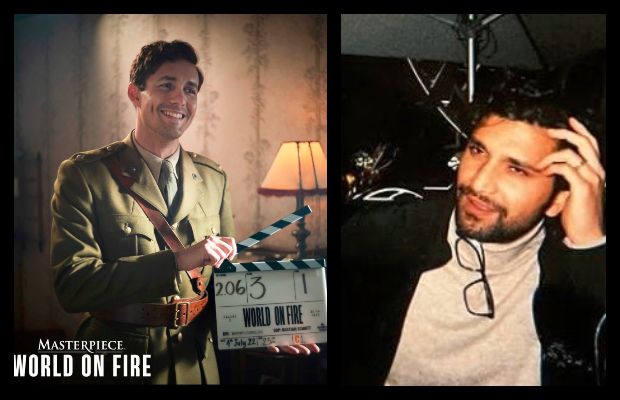 Ahad Raza Mir is all set to feature in WWII series World on Fire Season 2!

Set in October 1940, World on Fire tells the story of World War II “through the eyes of ordinary people whose lives have been thrown into chaos”.

“Lone pilots are sent to destroy German bombers prowling the skies above Manchester as the Northern Blitz begins. The true reality of war has arrived in Britain,” read the description on PBS.

As reported, the show is currently being filmed in Northern Ireland and will hit the screens in 2023.

The first season aired on MASTERPIECE in spring 2020.

The news of another international project for Pakistani actor, after starring in Netflix’s Resident Evil series has left the Twitter timeline swooning.

Can't even explain what I am feeling . Giving treats to his fans one after another .May you always shine Ahad . More to go @ahadrazamir .#AhadRazaMir .#AhadXResidentEvilNetflix . pic.twitter.com/OJ5YoOzuwg

Ahad Raza Mir was cast in the second season of World on fire, a British war drama series. Wow so happy that finally, our stars r getting fame on a global level.