Every dream has a price, says the tagline 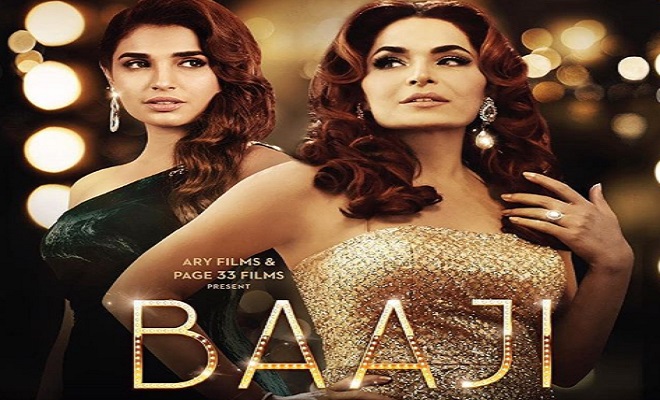 Ever since Saqib Malik announced his directorial venture, Baaji, the film has been the talk of the town. Owing to the fact that it starred the Lollywood Queen, Meera, in a pivotal role, people have been waiting anxiously to get more details about Baaji.

Settling curiosity a bit and announcing that the film was also being distributed by ARY Films, Saqib Malik, revealed the first look poster of Baaji, and we have to say, the film is definitely giving us some solid entertaining vibes.

Featuring Meera and Amna Ilyas on the poster, the first look of the film is intense. It does not reveal anything but says that Every Dream Has A Price. Both Meera and Amna Ilyas look like a million bucks on the poster oozing glamor, left, right and centre. While Meera looks confident, its Amna’s expression that speaks of a longing. Amna plays a character of a girl from a small background but big dreams.