An Overview of the Peaky Blinders

Season 5 is about to start 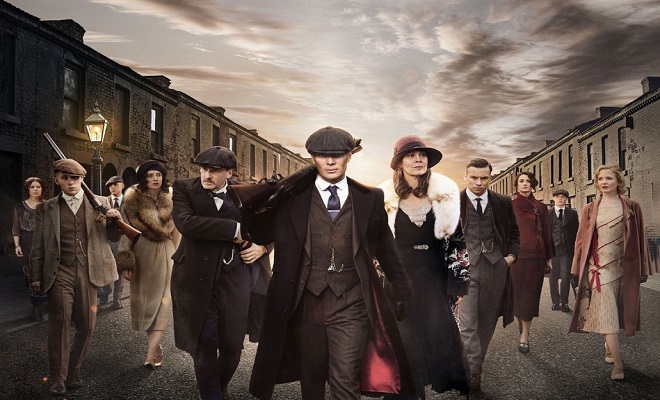 The Peaky Blinders is an English TV series revolving around a gangster family who aims to rule and move up in the world. The series has 4 seasons till now and every season has 6 episodes each. The story centers on the era of World War I i.e 1919. The viewers get to witness quite a lot of drama, crime, action, terror, injustice and what not. The story expands itself having different tastes of life. It shows how a soldier’s mind goes through transitions, how it affects the mental health, how the war changes the whole outlook of life. The peaky blinders exhibits the power of power and the greed to move up either by hook or by crook.

The gangster family has an extremely cunning and strong-headed boss, Thomas Shelby, who doesn’t refrain from destroying anyone or anything standing in his way. He does what he does for his family. He doesn’t shy away from his responsibilities despite being the middle child. No one in his/her right mind would dare cross him. He doesn’t forgive nor does he forget. Tommy has experienced love, hate, betrayal, war and everything nasty which has shaped him in a way he is today. He came out of the war triumphant yet he he’s had difficulty sleeping as the happenings of the war still haunt him. But his deteriorating mental health did not become an obstacle in his way. He’s an absolute ace! Safe to say, nothing or absolutely no one can stop him from moving forward and building a name for himself.

Viewers get to see the power of unity in this TV series. As long as the brothers stand tall and face their foes together, they are unbeatable. Not to forget, they have a gypsy, magician aunt, Polly, who can foresee the future. She appears to be a very strong yet a very violent woman. Some would go as far as to say that she is aggressively selfish when it comes to her own family but then who wouldn’t be after losing her children in their early childhood? The son, after 17 years, came back to her. All thanks to Tommy Shelby! So she turns pretty violent when her son wishes to get involved in the family business as she has already lost her only daughter. She knows the terrible price you have to pay to be a Shelby. But she eventually had to give in as her son wouldn’t want it any other way.

The turning point comes when Thomas Shelby turns his family in in order to escape the clutches of their biggest enemy till date as part of a bigger plan. But his family fails to understand his tactic and their loyalty toward each other wavers and the enmity between and among the family members brews which leads to the loss of a dear brother. Later on, after one year, it subsides as they now have to team up against their biggest enemy till date. Despite having the mental illness, the blue eyed boss gathers his family and defeats the enemy with a simple rule of “Big fucks small”. Now, season 5 is on cards and it would start off as Thomas Shelby being the MP as he has won an election to parliament as a representative for Labour.