Sex and the City revived as ‘And Just Like That?’ to hit HBO Max on Dec. 9

The series will follow Carrie, Miranda, and Charlotte as they navigate the journey from the complicated reality of life and friendship 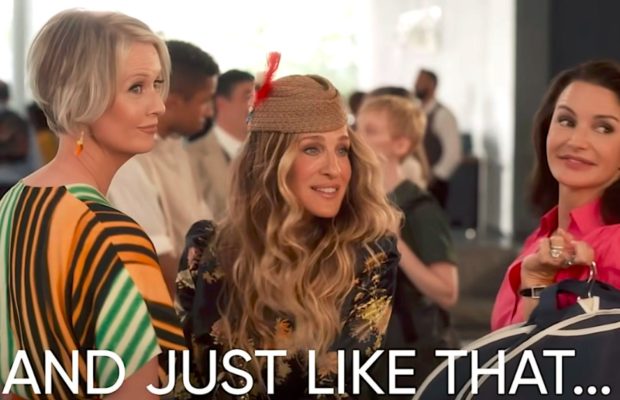 The hit show later made into movie sequel Sex and the City has been revived as ‘And Just Like That?’ at HBO Max.

The network on Friday unveiled the first detailed trailer of the much-anticipated series that will hit HBO Max on December 9.

As being reported, the first two episodes of the 10-episode limited series will debut on HBO Max on Dec. 9.

While the remaining eight episodes will go air on the streaming service weekly, every Thursday, following the first two.

One way And Just Like That will feature Sarah Jessica Parker, Kristin Davis, and Cynthia Nixon reprising their roles from the original series.

Chris Noth, Mario Cantone, David Eigenberg, Evan Handler, and the late Willie Garson will also be returning to the screen,

While one of the original quartet of stars Kim Cattrall, who played Samantha Jones and who famously has not had great relationships with her former SATC costars, is not part of the limited series.