Annabelle Comes Home will be in theaters from June 26. 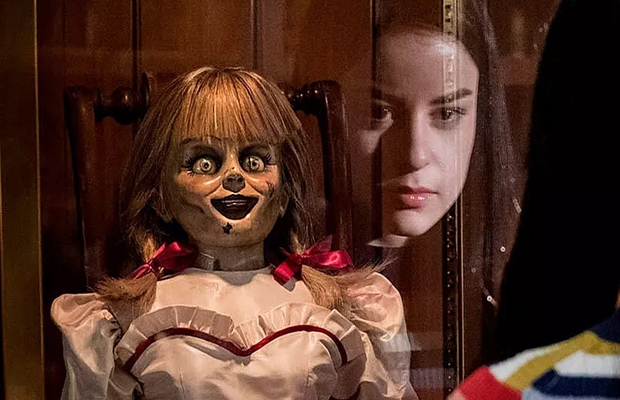 New Line releases a new trailer of upcoming film Annabelle Comes Home, the upcoming spinoff sequel which features the Ed (Patrick Wilson) and Lorraine Warren (Vera Farmiga) who bring the Annabelle doll to their home and lock it up.

But things go absolutely wrong when they leave their daughter Judy (Mckenna Grace) along with a couple of babysitters. The doll starts to cause trouble with all the evil items in the Warrens’ possession as one of the babysitter messes-up with Annabelle.

This new trailer reveals that The demon doll Annabelle is “beacon for other spirits”. Conjuring fans must have seen the creepy stuff in the Warrens’ basement? Well, Annabelle will be bringing it to life.

And that explains all that this upcoming film will contain. This film is going to the Endgame of Conjuring-Verse.

Check out this new creepy trailer:


According to the film’s original synopsis:

Determined to keep Annabelle from wreaking more havoc, demonologists Ed and Lorraine Warren bring the possessed doll to the locked artifacts room in their home, placing her “safely” behind sacred glass and enlisting a priest’s holy blessing. But an unholy night of horror awaits as Annabelle awakens the evil spirits in the room, who all set their sights on a new target—the Warrens’ ten-year-old daughter, Judy, and her friends.

http://www.oyeyeah.com/news/annabelle-comes-home-trailer/
Annabelle Comes Home will be in theaters from June 26.