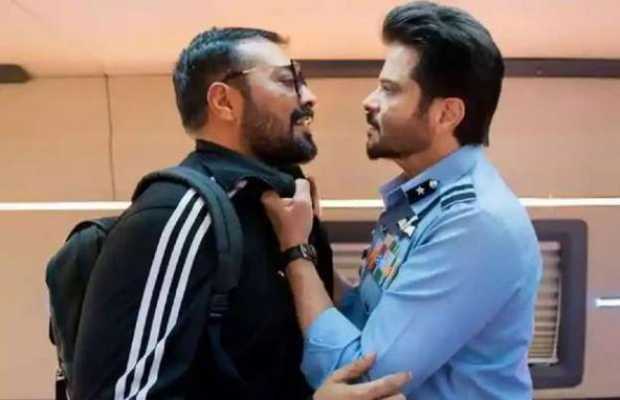 It’s another controversy for the streaming giant Netflix in India, as the Indian Air Force (IAF), demands the platform to withdraw scenes from Anil Kapoor’s AK Vs AK.

There has been an outrage on social media over Bollywood actor Anil Kapoor casually wearing an Air Commodore’s uniform in a program AK vs AK on Netflix, the Indian Air Force (IAF).

It was just two days ago when Netflix released the trailer of AK Vs AK was released. Directed by Vikramaditya Motwane and also features filmmaker Anurag Kashyap.

Registering its protest, IAF in a social media post said, “The IAF uniform in this video is inaccurately donned & the language used is inappropriate. This does not conform to the behavioural norms of those in the Armed Forces of India. The related scenes need to be withdrawn.”

The IAF uniform in this video is inaccurately donned & the language used is inappropriate. This does not conform to the behavioural norms of those in the Armed Forces of India. The related scenes need to be withdrawn.@NetflixIndia @anuragkashyap72#AkvsAk https://t.co/F6PoyFtbuB

Respect the Uniform. It takes years of swear and blood to earn that Uniform, don't disrespect it like that. Please Withdraw the scene #AKvsAK @anuragkashyap72 @AnilKapoor @NetflixIndia https://t.co/LxRawhBkAl

@AnilKapoor do u even knw the importance of the uniform, ribbons & medals that u wore?
People have to earned these with their service to the nation.
Remember u r an actor not a HERO.@PMOIndia @DefenceMinIndia Kindly intervene & ask this भांड@anuragkashyap72 to remove the scenes. https://t.co/SC9KwJ6Twe