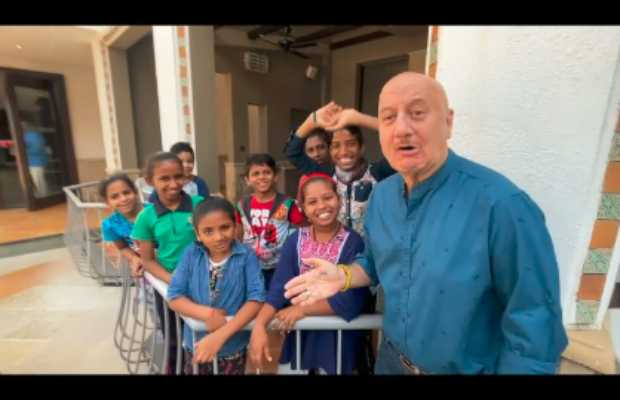 The Bollywood actor celebrated his 66th birthday on Sunday while joining the Pawri viral meme by a Pakistani content maker Dananeer Mobeen.

Prem Ratan Dhan Payo actor took to his Instagram handle and shared a video of him spending his birthday with kids and having a ‘pawri’ with them.

“What can be better than spending my birthday morning having breakfast with my best friends #Kohinoor #Bharati #Rahul #Sakshi #Divya #Darshana #Yogesh and #Aaryk!! We made each other extremely happy! #PaariHoRahiHai #Children #StreetsOfMumbai #HappyBirthday,” Kher captioned his Instagram video clip.

In the video, Anupam, in the style of the viral meme, can be seen saying,  “Aaj mera birthday hai, yeh mere dost hai aur humari pawri hori hai (Today is my birthday, these are my friends and we are partying).” And then he then danced with the kids.

Well, the birthday boy is not the only guy from Bollywood to join the viral trend.

A post shared by 1st insta fc he followed🙈❤ (@ranveersingh.india.fc)

While Shahid Kapoor along with the team of his upcoming web series shared their version of Pawri on social media.

Bollywood actress Shilpa Shetty and her husband Raj Kundra who are often seen sharing some funny and tickling posts through their social media accounts did not let the pawri chance slide away.

Just a few weeks ago Mumbai-based music composer Yashraj Mukhate shared a funny rap video on the same and wrote, “Aajse me party nahi karunga Sirf pawri karunga. Kyuki party karneme wo mazaa nahi jo pawri karneme hai (from today I will not party, I will pawri, there is more fun in pawri than a party)”.