Famous Bollywood movie director, Anurag Kashyap known for his hits Gangs of Wasseypur and Dev D praises the much-acclaimed Pakistani film, Cake in his recent tweet and shared that he felt privileged to be in a country where this Pakistani movie was playing. He wrote “Cake” is such a powerful film .. so happy that I am in a country and city where it was playing on screen… wow Asim Abbasi @aaminasheikh @SanamSaeed_FP @adnanmalik .. just every1”

Asim Abbasi’s “Cake” is such a powerful film .. so happy that I am in a country and city that it was playing on screen. Went to see it because Aarti Bajaj edited it and read about it in Sight and Sound..but wow Asim Abbasi, @aaminasheikh @SanamSaeed_FP @adnanmalik .. just every1

That Longshot..when Zara has found the undelivered letter and is confronting Zareen and then Zain goes in to talk to Sana and light’s go off and then it continues to almost an explosion of emotions is still with me wow #Cake #asimabbasi @sanammodysaeed @aaminasheikh @adnanmalik

Asim Abbasi, director of the movie, Cake was humbled and honored by Kashyap’s sweet gesture and tweeted back a ‘thank you’ in response to his genuine praise for the movie and the entire cast.

Actor Adnan Malik also took to his Twitter to say thanks to the Bollywood director;

Its no doubt that Asim Abbasi’s cake is winning hearts nationally and internationally, with his amazing cast and storyline the movie was a big success upon its release and even won him the Best Director award at the UK Asian Film festival. 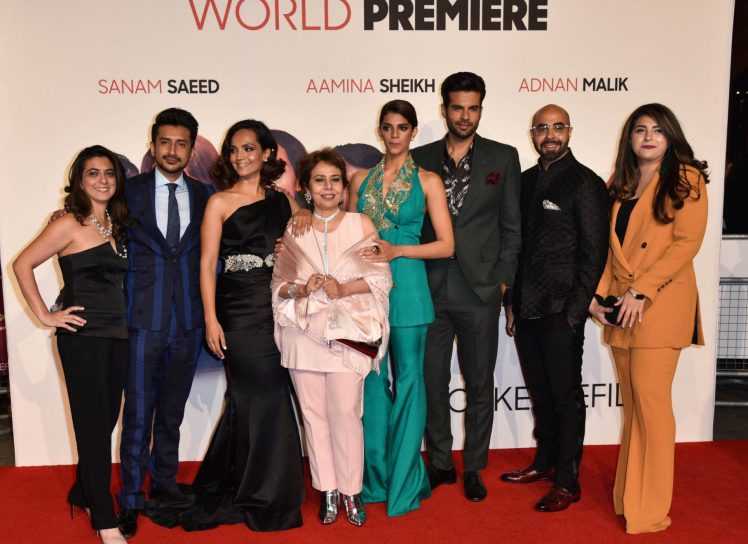 Within a week of its release, Cake had rope thousands of people’s hearts. On its first weekend, major cinemas such as Cinepax, Nueplex, and Atrium in Karachi and Islamabad had gone full house for three consecutive days.

Anurag’s Kashyap praise for the film was nothing but everyone’s honest opinion of the movie, Cake. Truly, Asim Abbasi had done an outstanding job delivering a movie that everyone could relate to on a personal level and enjoy at the same time!