The series Pataal Lok to be released on Amazon Prime Video on 15 May. 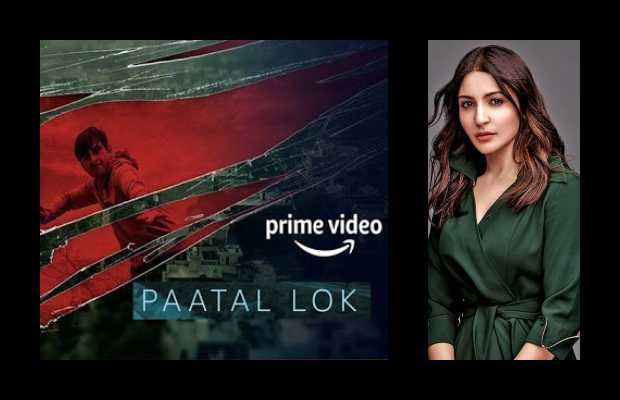 Anushka Sharma is all set to make her digital debut as a producer with series titled Pataal Lok. The series will hit the streaming site Amazon Prime Video on 15 May.

Everything is about to change – time, people, and era; teases the producer with the logo of upcoming crime thriller on social media.

The neo-noir series investigates into the transaction within the four estates of democracy being inspired by the ancient realms of Swarga Lok which means heaven, Dharti Lok meaning the earth, and Patal Lok which means netherworld.

Unveiling the teaser of series, Anushka Sharma took to Instagram, and wrote, “From the underbelly comes a crime thriller that will change how you look at the world you live in. #PaatalLok #NewSeriesOnPrime, May 15.”

Anushka Sharma has earlier produced films including NH10, Phillauri, and Pari, and will also be producing two Netflix originals, details to follow in the near future.

tweet
Share on FacebookShare on TwitterShare on PinterestShare on Reddit
Saman SiddiquiApril 25, 2020
the authorSaman Siddiqui
Saman Siddiqui, A freelance journalist with a Master’s Degree in Mass Communication and MS in Peace and Conflict Studies. Associated with the media industry since 2006. Experience in various capacities including Program Host, Researcher, News Producer, Documentary Making, Voice Over, Content Writing Copy Editing, and Blogging, and currently associated with OyeYeah since 2018, working as an Editor.
All posts bySaman Siddiqui