The much anticipated teaser is horrific 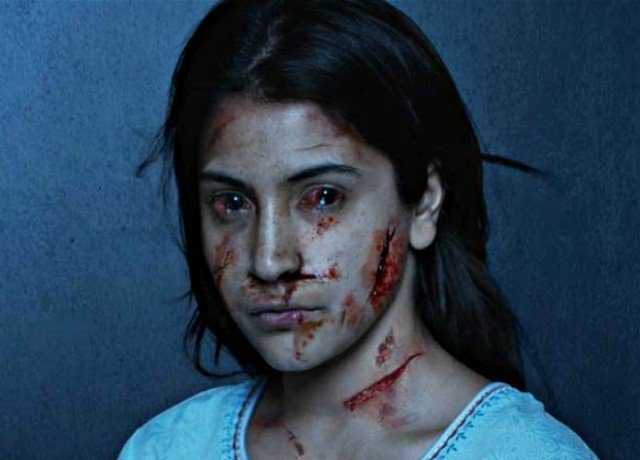 The much anticipated teaser of Anushka Sharma starrer Pari is out and it gives you real goosebumps. Its downright bone chilling and it’ll make you hold your breathe for a moment. As the teaser suggests, Pari will not be a typical Indian horror flick but something with much more to look forward to. With the right elements of suspense, drama and of course adrenaline pumping horror scenes, Pari’s teaser will make you anticipate the movie more than ever.

The title of the movie says “Its not a fairytale” and the teaser endorses the idea out and out. The highlight of the teaser is the spooky appearance and brilliant performance by Anushka Sharma. Particularly the  horrific sketches followed by the devilish Anushka strangling her husband in the air.

This 52 second teaser might intrigue you but at the same time it’ll make you avert your eyes because it is scary to the T. Anushka Sharma, once again, has nailed an unconventional role and from the looks of it, Pari is going to break records of all Bollywood horror films to date.

Pari releases on 2nd March 2018 and we for one are certainly going to watch it on the big screen if it releases in Pakistan. Because the elements of horror in the film, and Anuskha’s splendid performance, demand Pari to be seen in the cinema!

tweet
Share on FacebookShare on TwitterShare on PinterestShare on Reddit
Rameeza NasimFebruary 13, 2018
the authorRameeza Nasim
Rameeza Nasim, a Paralian, passionate about poetry, drama and fiction. By giving drama critiques I feel like I am endorsing the writer's message to the audiences, I love my job. Being a critic responsibility lies on my shoulders to point out the flaws and shortcomings of the play be it on writer's , performers or director's end . I did my Masters in English Literature and Linguistics .
All posts byRameeza Nasim