the finale of the Chauda August trilogy will only be staged once theatres are fully open. 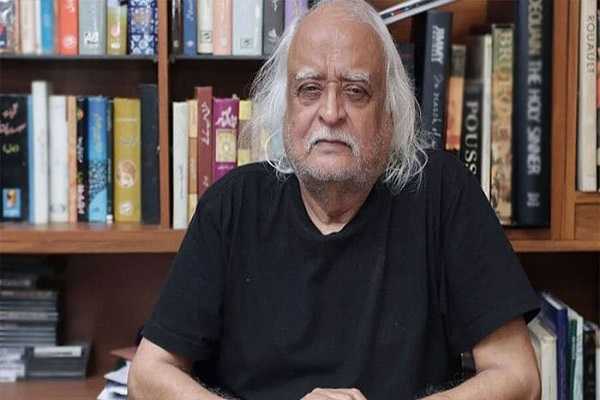 Drama wright Anwar Maqsood completes the script of the finale of his trilogy Saadhay Chauda August.

Saadhay Chauda August, the third and final theatrical production in the theatrical trilogy which was initiated 10 years ago by drama wright Anwar Maqsood and the thespian entourage Kopykats Productions.

The August series had started off with Pawnay Chauda August, a play that was a huge success, running to full houses, bringing back the trend of theater, and drawing back audiences.

While Sawa Chauda August was the second play of the trilogy, the sequel, also garnered extensive critical and commercial acclaim.

“I started writing Saadhay Chauda August but then I left it in the middle. The theater had come to a standstill and it was the sort of drama that needed to be staged to a full house rather than an auditorium at a 40% or 50% capacity,” said Anwar Maqsood.

He further added, “Now though, the script is almost complete. I have still told Kopykats Productions that it should only be staged once things are better and theaters are fully open.”

Anwar Maqsood has spilled some beans about the play saying, “The play features interactions between Gandhi and Jinnah and is divided into four different parts: one set in Kashmir, the second in Lahore, then Delhi and the final part in Trafalgar Square.”

As being reported, Kopykats Productions is planning to stage their earlier hits, Pawnay and Sawa Chauda August later this summer, however, due to the continuous pandemic situation, it is likely that plays will entertain only a fraction of audiences in the auditorium, not to the full capacity.

KopyKat Productions Dawar Mehmood said “We know that it will take some time for theaters to be fully functional but we do want to begin drawing people back to the stage. Pawnay and Sawa Chauda August were very successful but they were staged a while back and people may want to see them again. Also, there’s an entirely new generation that has grown up and didn’t see the plays the first time around.”

The Director has not given any comments on Saadhay Chauda.

tweet
Share on FacebookShare on TwitterShare on PinterestShare on Reddit
Rameeza NasimJuly 19, 2021
the authorRameeza Nasim
Rameeza Nasim, a Paralian, poet, passionate about poetry, drama and fiction. By giving drama critiques I feel like I am endorsing the writer's message to the audiences and also stressing on what Writers trying to say through his character portrayals and story, I love my job. Being a critic responsibility lies on my shoulders to point out the flaws and shortcomings of the play be it on writer's , performers or director's end . I did my Masters in English Literature and Linguistics and I earn my living through writing.
All posts byRameeza Nasim