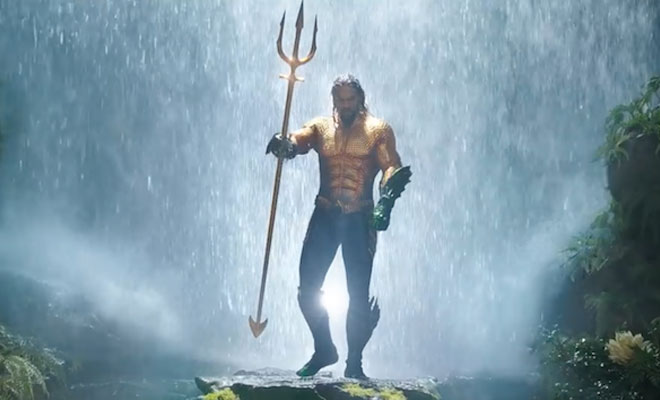 Hollywood Superhero action and adventure movie, Aquaman, based on DC Comics’ famous character is set to be on theaters on Christmas this year. The final trailer has been released.

As a child, Arthur was visited by Vulko to train his Atlantean abilities, which he’s since used to become the “Protector of the Deep.” After the events of Justice League, Mera has recruited Arthur to find the most powerful weapon in Atlantis — his iconic trident, in a brief moment that pokes fun at the Quindant he used in last year’s Justice League. The trident is said to be powerful enough to “put all of Atlantis back together,” but in the hands of someone evil, it would be deadly.

There’s plenty to appreciate about the final trailer, from the epic sea monsters to the wild underwater action being promised. Like Patrick Wilson’s Orm has said in every trailer, “War is coming to the surface world,” and it’s going to be quite a big one.

In the direction of James Wan, the movie credits Jason Momoa as Aquaman, Amber Heard as Mera, Patrick Wilson as Ocean Master, Willem Dafoe as Nuidis Vulko, Yahya Abdul-Mateen II as Black Manta, Temuera Morrison as Thomas Curry, Dolph Lundgren as Nereus, and Nicole Kidman as Queen Atlanna. Aquaman is set to be released in December 21 this year.