It all started with some rude BTS ARMY having sent death threat messages to Astro fans! 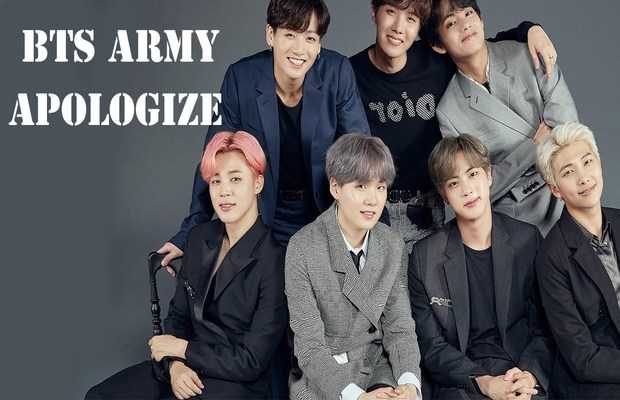 #ARMY_apologize hashtag has been trending worldwide on social media on Tuesday, and it not what you think.

Many after looking at the trend were left perplexed specially in Pakistan, but it has nothing to do with Pakistan Army!

Basically ARMY or A.R.M.Y (아미) is K-pop group BTS’s official fandom name. It was officially established on July 9, 2013, after the first recruitment closed.

And this time BTS ARMY is back in the news as they once flooded Twitter with hate-filled tweets.

Read More : BTS performance on song “Your Eyes Tell” is what ARMY waiting for!

As being reported, the hashtag allegedly originated from several ARMY members sending a death threat to fans of fellow K-pop group Astro.

However, many ARMYs sincerely apologized for this inappropriate behavior, as for many of them it poorly reflects on the majority of BTS fans and, by association, BTS.

And soon the hashtag ARMY_apologize was trending on top Twitter but its purpose turned out to be something that was not anyone would have expected.

The BTS Army is calling out fellow fandoms, particularly Astro’s Arohas, for attempting to sabotage BTS’s chances of winning the Global Artist Award via the Starplay app.

The thousands of BTS fans started chain posts to counter strike the actual issue and covered it up with fan-based messages. Several comments include a list of details of why BTS is the most deserving music group, including apologies.

But still many could not relate to what was actually going on: