Terminator Dark Fate: Arnold Schwarzenegger, Linda Hamilton and others are in South Korea for film promotion

Terminator: Dark Fate is slated to release on November 1, 2019. 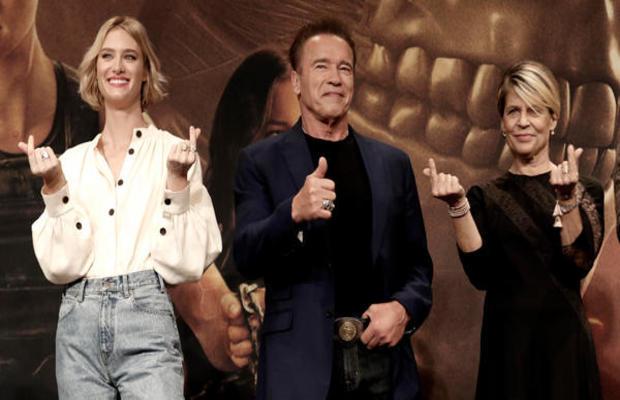 Terminator Dark Fate, the sixth installment of the Terminator Franchise is all set to hit the theatres on November 1, but it will be released in South Korea on 30 Oct.

The entire cast including the director were in South Korea on October 20, 2019, to promote the terminator Dark Fate.

This new film is directed by Tim Miller famed for Deadpool, retcons the events of the last three installments of the franchise, Terminator 3: Rise of the Machines (2003), Terminator Salvation (2009) and Terminator Genisys (2015).

Arnold Schwarzenegger and Linda Hamilton are back together nearly after four decades with this 6th installment of Terminator franchise.

Check out the photos of the cast clicked during the film promotion event here: 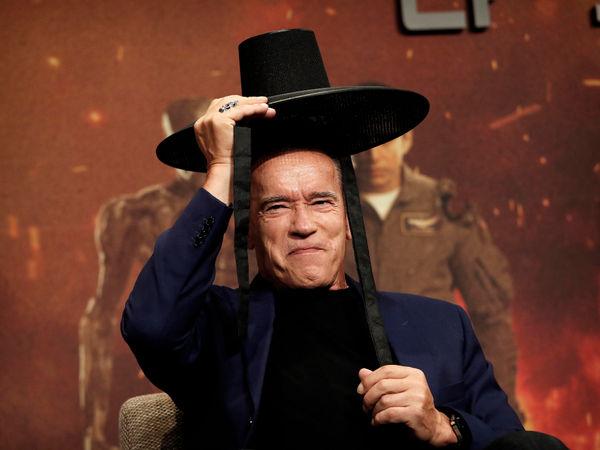 Unsurprisingly, it is Hamilton’s return to the Terminator series that is getting a lot of the praise from the critics who have had the opportunity to see Terminator: Dark Fate during secret screenings at the Alamo Drafthouse.

#TerminatorDarkFate is better than you think it’s going to be. Its trying hard to be the Force Awakens of Terminator movies, and mostly succeeds. But it’s lacking Cameron’s innovation, evolution and directing. Arnold is fantastic, the best of his post T2 Terminator appearances.

I was skeptical of TERMINATOR: DARK FATE. Thought the trailers were not great. But I would up enjoying it quite a bit, and the difference maker (vs the other post T2 sequels) is Linda Hamilton. It’s always been HER story and Hamilton adds the needed weight here.

Is #TerminatorDarkFate the best since T2? Yup. Linda Hamilton’s return makes a BIG difference, Mackenzie Davis kicks all the ass, & Natalia Reyes is an excellent anchor. Gabriel Luna’s Rev-9 is a winner too. Physicality, VFX, fights – all spot on! Glad they gave this another go. pic.twitter.com/4Q1FNN49Hw

TERMINATOR’s thought of as Arnold’s franchise. DARK FATE makes it clear he wasn’t the key ingredient that made it work. It was Linda Hamilton. She’s incredible in this, and the movie’s very solid. (I recently defended all the TERMINATOR sequels, so make of this what you will.) pic.twitter.com/3JSsac7LrL

#TerminatorDarkFate is easily the best Terminator movie since T2. Has some fantastic action and loved how the film features 3 female protagonists that all kick-ass. So awesome seeing Linda Hamilton back as Sarah Connor. pic.twitter.com/15Yb6cC18W