Dunk seems to be highlighting this much-needed conversation by weaving a story that depicts a man as a protagonist and his questionable act against the weaker gender. 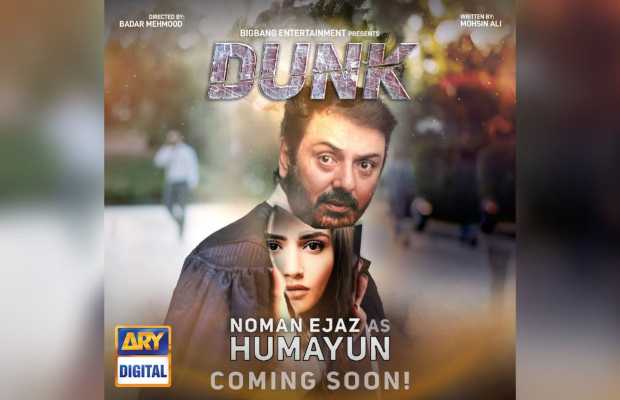 Mind-Boggling trailer, with aptly cast innocent-looking lead Sana Javed, playing the character of a college student who has accused her professor, a sober family man, Nouman Ejaz, as Humayun.

This is a debate that has ignited amongst the genders today, how far can you take a lie without proof? The dialogues, locales, and performances by the entire cast, including the current sensation, Bilal Abbas, and the girl playing the daughter of professor Humayun, leaves me stunned with her dialogue delivery.

The trailer has made me re-think my stance about the #metoo movement where a sexual abuse survivor denounces her aggressor, yet again the female being a considered a victim, a symbol of honor and the weaker sex, we have only and always seen this allegation from her perspective, DUNK makes me realize how capable this gender bias is in our inbred society, that can shatter a man’s life with 1 single violation of his character, that even his own daughter makes his touch of fatherly protection and purity, seem questionable.

Dunk seems to be highlighting this much-needed conversation by weaving a story that depicts a man as a protagonist and his questionable act against the weaker gender.