It will be exciting to see what happens in the upcoming episodes. 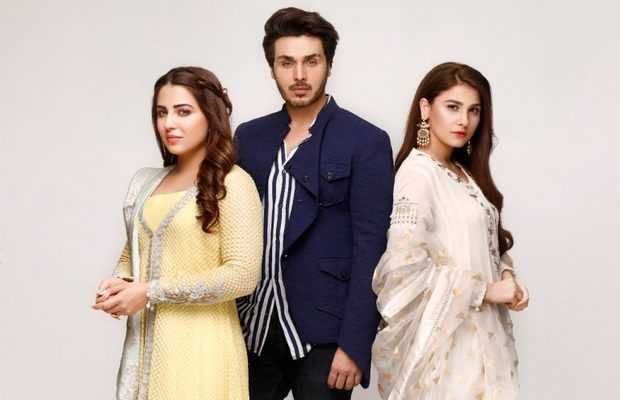 Bandhay Ek Dour Se aired its second episode, and it is safe to say that the show has already taken over social media. The show had managed to attract a lot of attention with its first promos and the release of its original soundtrack.

After two episodes, it is safe to say that the hype surrounding it was completely justified. This is evident with the ratings, the millions of views that every episode has on YouTube, the popularity of the OST, and acclaim from audiences and critics alike.

Within its second episode, the show has won another seal of approval from audiences when it was amongst the top ten trends on Twitter, something that other shows don’t manage to attain during their entire run. It remained the most tweeted about show on the micro-blogging site where everyone declared their love and affection for the show, story, and performances.

Fans loved the way the show was executed and written and was praised for its performances by the lead as well as the supporting actors.

#BandhayEkDourSe is a lovely watch. Other than the fact that this whole episode hinged on a stupid misunderstanding, I still love how it’s done. Everyone fits in their roles wonderfully, be it Ahsan, Hina or Ushna or the rest of the senior actors.

Then some couldn’t help but adore Umar and Maheen’s friendship in the show. They spoke of how their bond was one of the highlights of the show. Fans appreciated their chemistry and the spark in their relationship.

Love their relationship, there’s no aap janaab just a genuine friendship and when they fought it felt natural. #BandhayEkDourSe pic.twitter.com/OY0vEGy69R

I guess am gonna love this bond the most in this show!!! They and their friendship!!! 😍💗#BandhayEkDourSe pic.twitter.com/jlJJ4MkOcj

I kind of feel that I am going to get dragged to Umer and Maheen more than Umer and Roshni!!! Though they are only bestfriends but thay have that spark and chemistry in them!!! 😍💗✨

Ps- No offense to Roshni though, I totally like her with Umer too!!! 😅❤️#BandhayEkDourSe pic.twitter.com/Cyj37fW47b

There were praises about Ahsan Khan and his powerful onscreen presence. Fans called him a great actor and expressed their love for the show. They spoke about how he is a beautiful actor who has proved himself yet another time with Bandhay Ek Dour Se.

Love this drama and specially #AhsanKhan Acting He is a great great actor 💜 #BandhayEkDourSe pic.twitter.com/M1PAJQpCXL

Watched it's first episode & i didn't know my heart can fall even harder for #AhsanKhan
#BandhayEkDourSe pic.twitter.com/R1tyCZozcQ

People loved Ushna Shah’s portrayal of Maheen and want her to end up with him.

Ushna Shah As Maheen. ❤ Best friends to lovers is my fav trope . 😩 they are super cute. #BandhayEkDourSe https://t.co/yVd9TVra0r

It will be exciting to see what happens in the upcoming episodes. We are just as excited as the audiences and fans. Bandhay Ek Dour Se airs on Thursdays on Geo Entertainment.