Her parents have banned her from watching the TV series until she is 18. 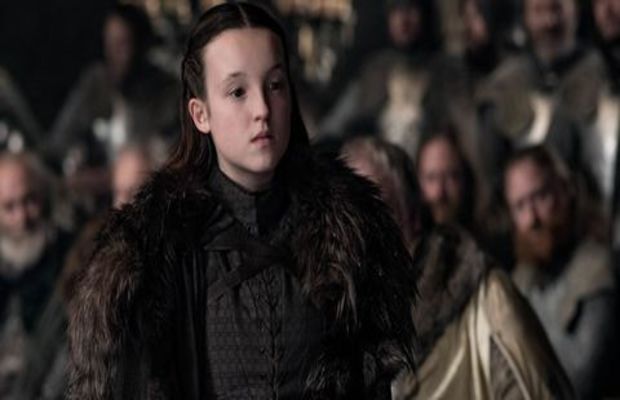 Even though she was the first to declare Jon Snow the king in the North during a gathering of the Northern lords at Winterfell after House Bolton is defeated at the Battle of the Bastards. But that couldn’t help her in real life.

The most popular supporting character on the show is not allowed to watch the series in its entirety.

The 15-years-old actress revealed in a recent interview that her parents have let her watch a few episodes of the show, including her death scene in season 8 episode 3, they have banned her from watching the entire show.

The actress says that she’ll probably get to watch the full series when she is 18.

“I’ll probably watch it all when I’m 18. Even the episodes I have seen, there have been some parts where mum and dad just stand in front of me to block me seeing anything too gruesome on screen. I was allowed to see myself being killed last Sunday and I’ve watched a bit of season seven,” Bella Ramsey said.

Game of Thrones’ Lady of House Mormont gets killed in Episode 3 of S8 by a White Walker from the Night King’s Army of the Undead.

Not many would know that that Bella was supposed to just appear in one episode of the show, as was revealed by showrunner DB Weiss in an earlier interview.

The scene was the one in season 6, in which Jon Snow and Sansa Stark go to Bear Island to ask for the support of House Mormont, and their army against Ramsey Bolton.

But her that one scene turned out to be a total crowd pleaser and she continued to be a recurring character on the show until she got killed in the third episode of season 7.

Remarkably, despite being a supporting character of the show, she has become one of the top favourites in less than two seasons and only a few episodes that she had appeared in.

And she would now have to wait for a few more years to watch the whole series. The reason is obvious as she is still 15 and Game of Thrones have many shocking scenes alongside nudity in abundance, throughout the seven seasons.