Netflix has a huge collection of holiday films including classics to newly released. 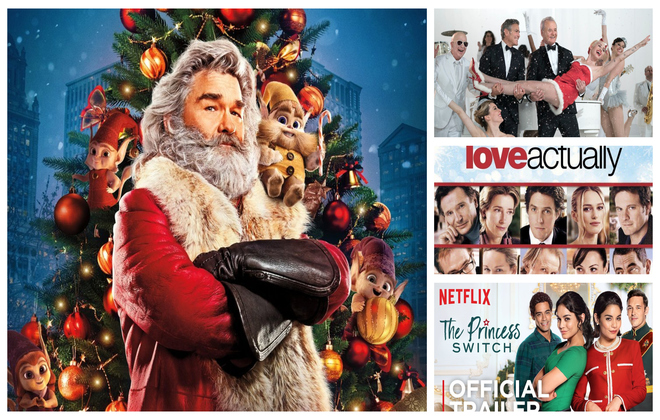 It really is the most wonderful time of the year, with the Christmas just around the corner. Everyone including Netflix is in full holiday spirit. Many people have a habit of enjoying the Christmas films buckling up in coziness at home on holidays sipping hot chocolate.

Some people are not the party person at all so they don’t have to let the holidays become something you dread. Instead, get into the holiday spirit by binging into holiday films.

This time Netflix has a huge collection of holiday films, including classics to newly released. Here are few top Christmas films available on the streaming website. Here is a list of the few best films picked from Netflix, which might help you to save time selecting good films to watch over this holiday season.

The Christmas Chronicles:
Kurt Russell plays the Santa Claus in this new Christmas flick. The film also stars Judah Lewis, Darby Camp, Lamorne Morris, and with Kimberly Williams-Paisley and Oliver Hudson. It follows a brother and sister who, after accidentally crashing Santa Claus’ sleigh, must save Christmas.

The Holiday Calendar:
This film is appropriately sentimental Christmas romcom about a photographer who inherits an antique advent calendar that appears to be pointing her towards the love of her life.

What if a present could unwrap your future? This festive season join Kat Graham, Quincy Brown, and Ethan Peck as they uncover the magic of The Holiday Calendar.

What happens when Chicago baker Stacy meets a soon-to-be princess who looks exactly like her? Well, they trade places, of course. This holiday season join in the mischief as Vanessa Hudgens stars in The Princess Switch.


Love Actually:
The Richard Curtis Christmas classic is now back on Netflix and ready to watch. The film was taken off from the Netflix after its debut in 2017. The film follows the lives of eight very different couples in dealing with their love lives in various loosely interrelated tales all set during a frantic month before Christmas in London, England.

There is a lot of room for the old favourite Christmas films on Netflix. Cameron Diaz, Kate Winslet, Jack Black and Jude Law’s ultimate festive swap-rom-com is available on streaming website.

Deck the Halls:
It is a 2006 Christmas comedy film. Directed by John Whitesell, it stars Danny DeVito, Matthew Broderick, Kristin Davis, and Kristin Chenoweth.
According to the film’s original synopsis, optometrist’s Christmas celebration gets upstaged by a new neighbor who wants to create a holiday display bright enough to be seen from space.

tweet
Share on FacebookShare on TwitterShare on PinterestShare on Reddit
Saman SiddiquiDecember 23, 2018
the authorSaman Siddiqui
Saman Siddiqui, A freelance journalist with a Master’s Degree in Mass Communication and MS in Peace and Conflict Studies. Associated with the media industry since 2006. Experience in various capacities including Program Host, Researcher, News Producer, Documentary Making, Voice Over, Content Writing Copy Editing, and Blogging, and currently associated with OyeYeah since 2018, working as an Editor.
All posts bySaman Siddiqui