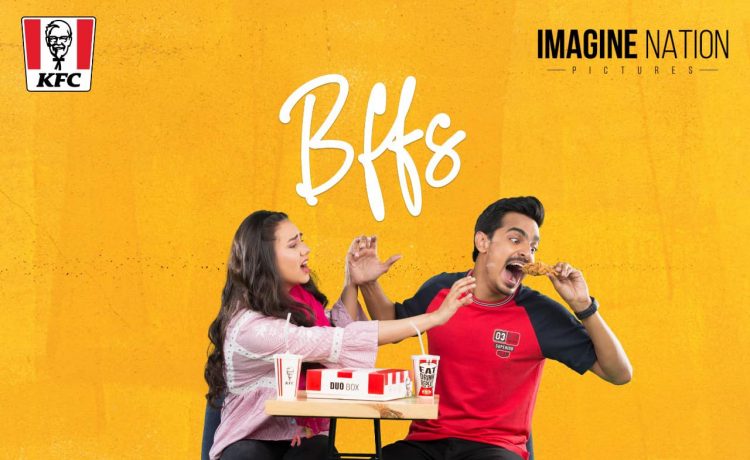 Imagine Nation pictures (IN) is a new venture by 4 upcoming filmmakers namely Sami Rehman (of Bekaar Films fame), Rida Zahra, Ghania Asad and Sidrah Jamil. IN was formed in the hopes of further exploring the web series market in Pakistan and later dabbling into films and other media. IN goal is to present a range of different genres and exciting content that would inspire the Pakistani youth.

“BFFS” (meaning Best Friends Forever) is their first web series and will be premiering on the 19th of July 2019 on YouTube. KFC Pakistan has teamed up with IN and is on board as the official food partner for the web series. BFFs comprises of a total of 6 Episodes. They will release each episode every Friday respectively. 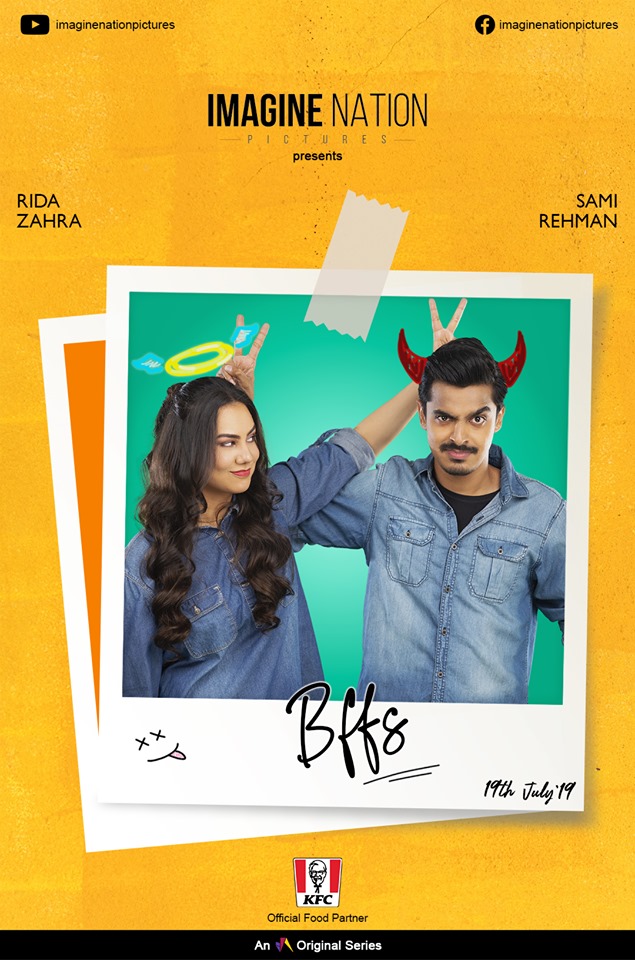 BFFs is a light-hearted, youth centric and a fourth-wall-breaking, experimental comedy. Something to be enjoyed by friends and family alike. The series focuses on two crazy best friends (Rida & Sami), who chose friendship over love-when given an ultimatum. In order to save their 20 year friendship, the two decided to get married and stay best friends forever’, without even having an ounce of romance between them. Life after marriage was of course, not as easy as the both of them had imagined. There are a couple of Special Appearances as well.

The teaser is out and has received a lot of love from the people and has reached more than 115,000 views on Facebook alone.IN launched the official trailer with KFC on the 10th of July 2019 at KFC Ittehad outlet.

Mr. Noor Alam, the Chief Marketing Officer – KFC, graced the event with his presence and shared his thoughts on the partnership. He stated: “KFC Pakistan has always been highly spirited to explore avenues that connect KFC with youth and the brand is enthralled to support local content like BFFs. Through this partnership, we once again remind our audience that KFC is a brand that is young by heart and feels pride to promote and support local entertainment industry. We accolade the hard work of the young talented individuals and wish them all luck for the venture’s success.