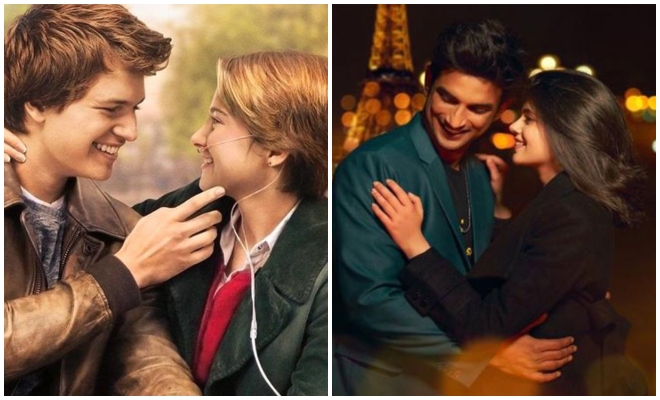 It seems, Bollywood has another remake on the cards and this time its John Green’s bestseller “The Fault In Our Stars” which has already been made into a film in the Hollywood. The Indian remake, Dil Bechara, will be starring Sushant Singh Rajput and Sanjana Sanghi.

The film is being directed by Mukesh Chhabra and a spell was recently shot in Paris as well. Sushant Singh Rajput and Sanjana Sanghi have been confirmed as the two leads playing the characters of Augustus Waters and Hazel Grace.

According to Indian media, the film might also star veteran actor Saif Ali Khan as well. Khan is being considered for the role of Peter Van Houten from the novel, the same role that was portrayed by William Dafoe in the 2014 Hollywood rendition of the film.

Although Saif is yet to confirm his role for the film, he was present during the Paris spell of Dil Bechara. ““We shot in Paris for a week but Saif was only there for a few days. He gelled well with the team and we had a great time,” said director Mukesh Chhabra.