Film’s teaser trailer was released by the filmmakers on Sunday. 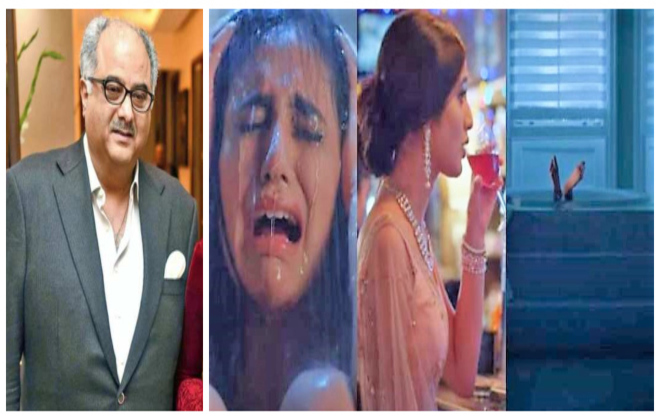 The internet sensation Priya Parkash Varrier is back in news! It was earlier when the filmmakers release the first teaser trailer of her debut Bollywood film Sridevi Bungalow.

And instantly it became the talk of the town as people came in assuming that the upcoming film is based on the life of late Bollywood actress Sridevi.

As the trailer reveals that the story of the film is based upon a life of a film actress, whose name is Sridevi played by Priya Parkash Varrier. And a certain scene from the teaser shows that the actress dies in a bathtub.

The Bollywood’s most celebrated actress Sridevi died last year after accidentally drowning in a bathtub in a Dubai hotel.

If the recently released trailer is anything to go by, the film is trying to cash in on Sridevi’s death.

Taking that into account, Sridevi’s husband and filmmaker Boney Kapoor has sent a legal notice to the filmmakers.

The news was confirmed by the film’s director Prasanth Mambully while talking to an online portal.

He said, “We received a legal notice from Mr. Boney Kapoor last week. And we will face it. My film is a suspense thriller. I told him (Boney Kapoor) that Sridevi is a common name. My film’s character also happens to be an actress. We will face it.”

It was earlier when upon being asked about it at a presser, Priya Prakash Varrier neither accepted nor denied that the movie is on the late actress Sridevi Boney Kapoor.