Boxer Amir Khan and wife Faryal Makhdoom, in talks for their own reality show

Be prepared for more entertainment and drama coming your way! 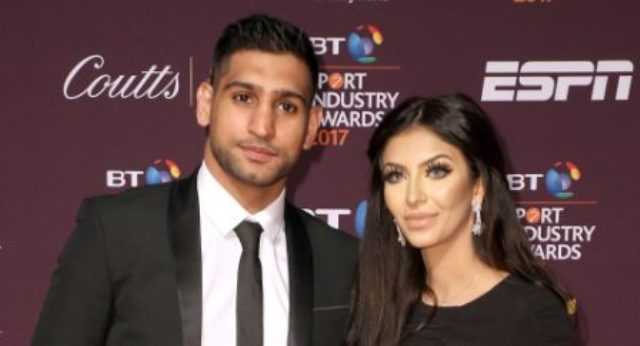 Amir Khan and his wife Faryal Makhdoom were back together after being in spot light for their breakup melodrama. The British boxer was accused of cheating and many other allegations were made by his wife Faryal, who took it to Snapchat to bash her in-laws. The couple made it to headlines in Pakistan and things were pretty bad when Amir Khan made explosive tweets claiming he had split from his wife. Amir also accused Faryal of cheating on him with fellow boxer Anthony Joshua.

But with the start of year 2018, things took over a new leaf and amongst a lot of melodrama, the couple sought to star afresh for Faryal was pregnant with baby no.2.

And now it is being reported that the couple has been approached for their own reality show. The couple’s actual life drama did manage to get attention of a media houses.

According to the source,  boxer Amir Khan and his wife Faryal Makhdoom are to take part in a Katie Price style fly on the wall series. The show, which is being discussed for ITV2 or ITVBe, would follow the couple as they try to get their relationship back on track after a very public split.

Amir Khan has recently taken part in famous reality show ‘I Am a Celebrity, Get Me Out of Here!’

There is one thing for sure, if the talks get successful, the celebrity couple is going to bring a lot of drama to the screen. Perhaps a lot more than the Kardashians clan!