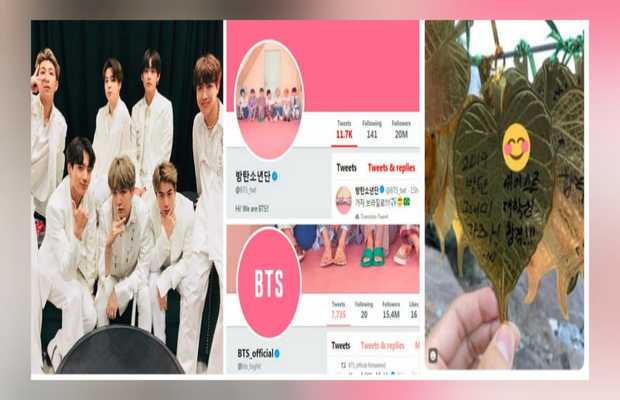 The BTS boys, aka RM, Jin, Suga, J-Hope, Jimin, V, and Jungkook, have recently hit 20 million followers on Twitter, which is a seriously huge deal. Though BTS are no strangers to smashing a few records and they continue their streak by becoming the first Korean Twitter account to pass 20 million followers.

K-pop group hit 20 million followers on Saturday, May 25. BTS shared a tweet from the official BTS Twitter upon reaching this milestone and according to a fan’s translation, it said, “I remember 6 years ago the 2000 followers,” showing how much the group has grown in such a short period of time.

RM, ( formerly known as Rap Monster), whose real name is Kim Nam-Joon, is the 23-year-old leader and the main rapper fronting the seven-member group.

According to fan’s translation, RM wrote “20 Million lights, 20 million galaxies. Thank you so much, I love you and I miss you. I love you”.

I remember when 6 years ago the 2000 followers.. 😂#Lovepic.twitter.com/dpzAwr7BWs

Though BTS now has reached over 20 million followers on Twitter. This music sensation has far more followers combined across social networks.

The US tour is now over. 🥺🥺🤧
Shout out to our fans for doing it together! Thank you! Also, we promise to be back!
I am your hope, You are my hope.
I love you all!🤩💕🔥💜 pic.twitter.com/nLUcqJMg2Z

BTS has just finished their US tour, which has been a huge success. They also appeared on several TV shows while being in the US and the BTS-fans are always crazy to follow their music sensation where ever they are.