New content, including a documentary series featuring the septet, to release on the streaming platform Disney Plus Hotstar 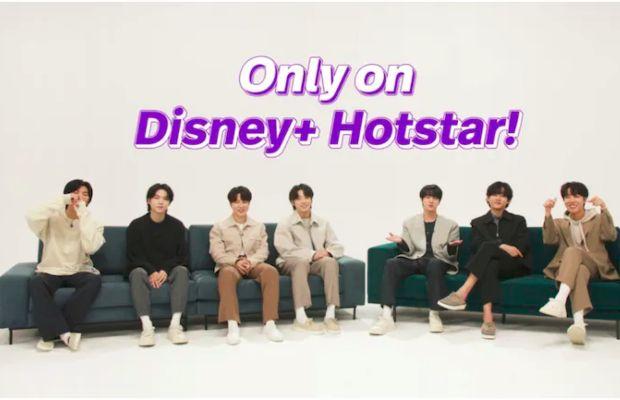 BTS has announced the new documentary series “BTS MONUMENTS: BEYOND THE STAR”.

The new documentary will be available on Disney+ sometime next year!

The band’s documentary will also peek into their daily lives “as they prepare for their second chapter,” Disney and HYBE said in a joint statement.

On Monday, Walt Disney Co. announced the deal that will bring a documentary series and concert featuring K-pop band BTS to the Disney+ streaming service.

The series will debut on Disney+ next year and include music and footage of the South Korean K-pop sensation group from the past nine years, it said.


BTS in a recoded video message asked fans to look forward to the documentary that will give a closer glimpse of their daily lives to the audience.

🚨 CALLING ALL DISNEY+ FANS🚨 @bts_bighit has a message for you. #DisneyPlusHotstar pic.twitter.com/iEqZuEu8QG

“This collaboration represents our creative ambition — to work with iconic content creators and top stars in Asia-Pacific so their talent can be enjoyed by mainstream audiences in multiple ways. We believe these new titles will captivate consumers worldwide and look forward to introducing more music content on our service,” Jessica Kam-Engle, Disney’s head of content for the Asia Pacific, said in a statement.