BTS breaks own record with “Boy with Luv” on YouTube

The song racked up over 78 million views within few hours. 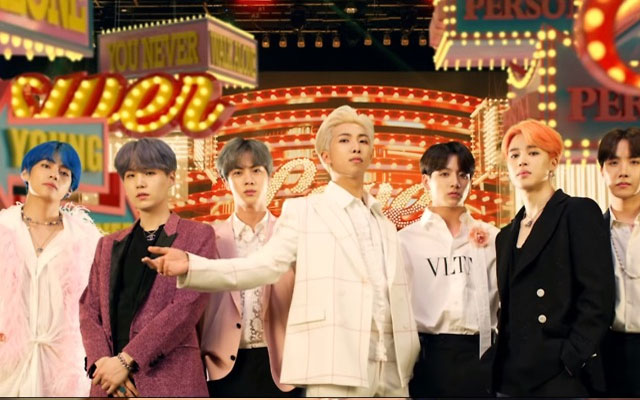 Famous Korean boyband BTS has released their latest album “Map of the Soul: Persona” have smashed YouTube breaking their own records bagging the most views with their single “Boy with Luv”.

The song in the first 24 hours of its release also featured American pop star Halsey.

According to YouTube, the song racked up over 78 million views within few hours of lining up on streaming leaving behind BTS previous YouTube record by hitting 60 million hits in just 17 hours and 45 minutes.

The boyband previously had the most watched video to reach 60 million views with their song Idol.