"In an alternate universe where COVID-19 didn’t exist, BTS’s 2020 would likely have looked much like the years that came before", writes TIME 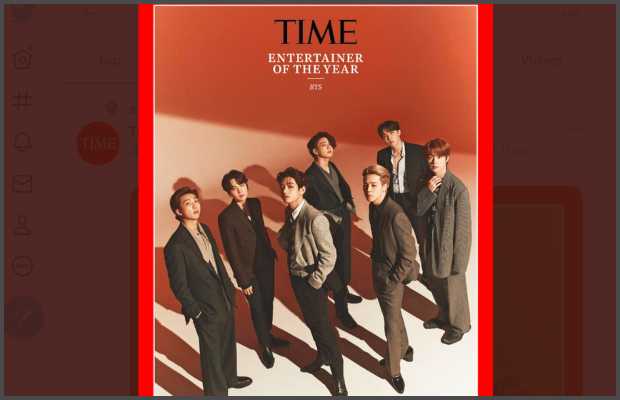 K-Pop Band BTS is TIME magazine’s Entertainer of the Year 2020.

Its high time for the South Korean music industry that a K-Pop group is being recognized worldwide.

BTS has changed the face of international music and fandom and adding more to it TIMEmagazine named the South Korean group its 2020 Entertainer of the Year.

“In an alternate universe where COVID-19 didn’t exist, BTS’s 2020 would likely have looked much like the years that came before”, writes TIME about BTS.

“From propelling their label to a $7.5 billion IPO valuation to inspiring fans to match their $1 million donations to Black Lives Matter, BTS is a case study in music-industry dominance through human connection”, says TIME about the K-pop sensation.

Though the year 2020 changed the whole scenario of the entertainment industry, BTS continues to enthrill its millions of fans worldwide with the online presence.

BTS has had more than just a “Dynamite” year, BTS isn’t just the biggest K-pop act on the charts but winning multiple awards as well.