The boy-band was asked about who would they want to collaborate with in future. 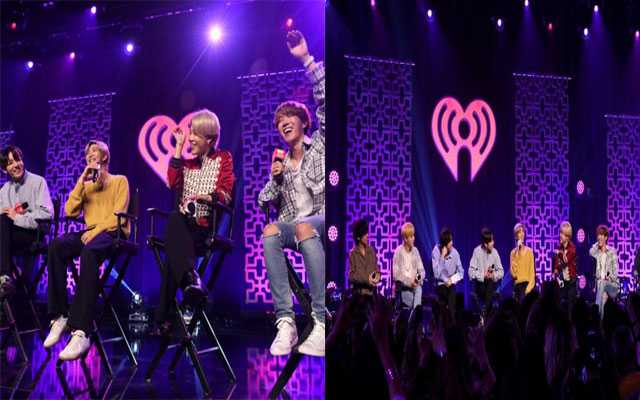 BTS boy scouts made their way to iHeart Radio for a special live after their striking performance at the Grammys 2020.

The highlight of the show was “BTS’s Jin interview” when he revealed his interest to work with the Once Upon a Time in Hollywood actor Brad Pitt.

During the interview, the boy-band was asked about who would they want to collaborate with in future.

The K-pop sensation which includes J-Hope, Jungkook, Jimin, Jin, V and Suga, one after one, candidly revealed about their wishful collaborations in future when the host quizzed the band during the interview.

While different names popped up like Ariana Grande and Post Malone, Jin took a totally different line leaving everyone shocked and he admitted he wanted to work with the Oscar 2020 nominated actor.

Jin, holding his face straight, described the aspects that keep brings the ARMY together and gave fans so many reasons to gush.

Jin’s confession left the members broke into a fit of laughter but we would give up all our savings to watch Jin and Brad Pitt work together!